The management and administration of Prisons falls exclusively in the domain of the State Governments, and is governed by the Prisons Act, 1894 and the Prison Manuals of the respective State Governments. Thus, States have the primary role, responsibility and authority to change the current prison laws, rules and regulations.

Statistics (According to Prison Statistics India, 2015) 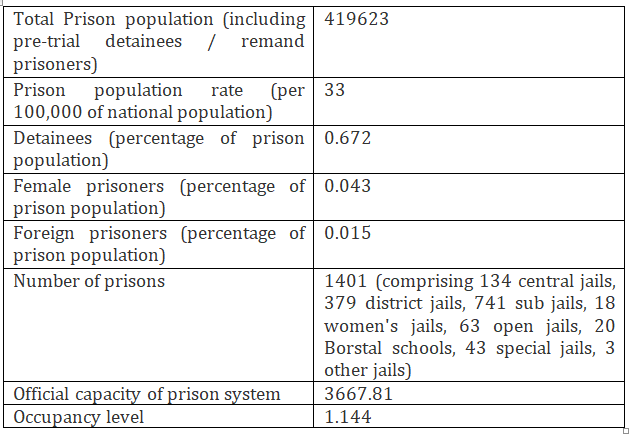 Major Issues of Prisons in India

Measures taken by the Government

Major Committees and their Recommendations

Various Committees and Commissions have been constituted by the State Governments as well as the Government of India to study and make suggestions for improving the prison conditions and administration.

All India Prison Reforms Committee, 1980 (Mulla Committee): The Government of India set-up this Committee with the basic objective to review the laws, rules and regulations for protecting society and rehabilitating offenders. The Mulla Committee submitted its report in1983. The major recommendations of the committee included:

Krishna Iyer Committee, 1987: The Government of India set-up this Committee to undertake a study on the situation of women prisoners in India. It has recommended induction of more women in the police force in view of their special role in tackling women and child offenders.

Justice Amitava Roy panel, 2018: Supreme Court’s newly constituted Justice Amitava Roy panel will look into various matters including over-crowding in prisons and the issues concerning women prisoners. The apex court on August 27, 2018 had reserved its previous order on the issue of constituting a committee to deal with issues pertaining to jails and suggest reforms. The Supreme Court had taken a strong exception to overcrowding of jails across the country and said prisoners also have human rights and cannot be kept like “animals”. The SC had earlier passed a slew of directions over unnatural deaths in jails and on prison reforms across India. 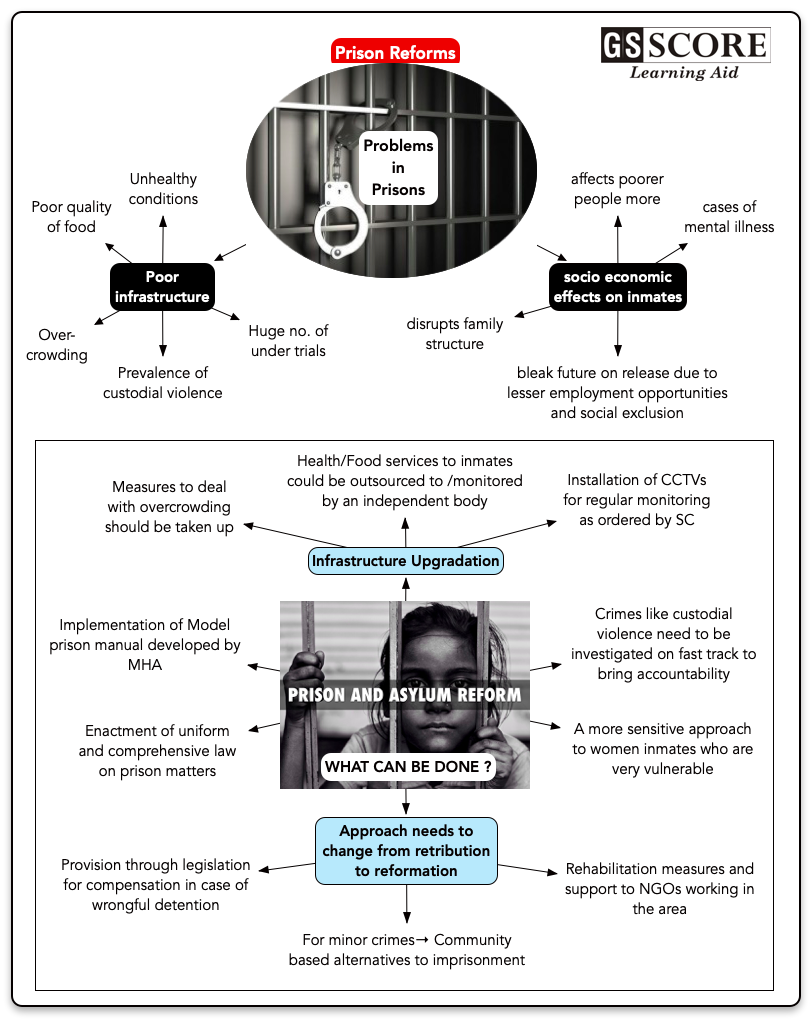 “Improving the prison conditions and administration in India is a long due reform”. Examine the given statement in light of the Supreme Court’s newly constituted Justice Amitava Roy panel on prison reforms in India.