RBI Dividend Payout to the Government

Issues due to transfer of surplus

Profits and Expenditures of RBI

The reserves of RBI represent the inter-generational equity built up over the years. It is agreed that the government being the sovereign, owns RBI and hence there is nothing wrong if it decides to tap the central bank’s reserves. However, it is morally unacceptable that a particular government swallows these reserves to help meet its expenditure in a particular year.

Question – Discuss the reasons behind the constitution of Bimal Jalan Committee on Economic Capital Framework. Also analyze, how far its recommendations will resolve the conflict between the Reserve Bank of India and the Finance Ministry regarding the transfer of surplus from Central Bank to the Government. 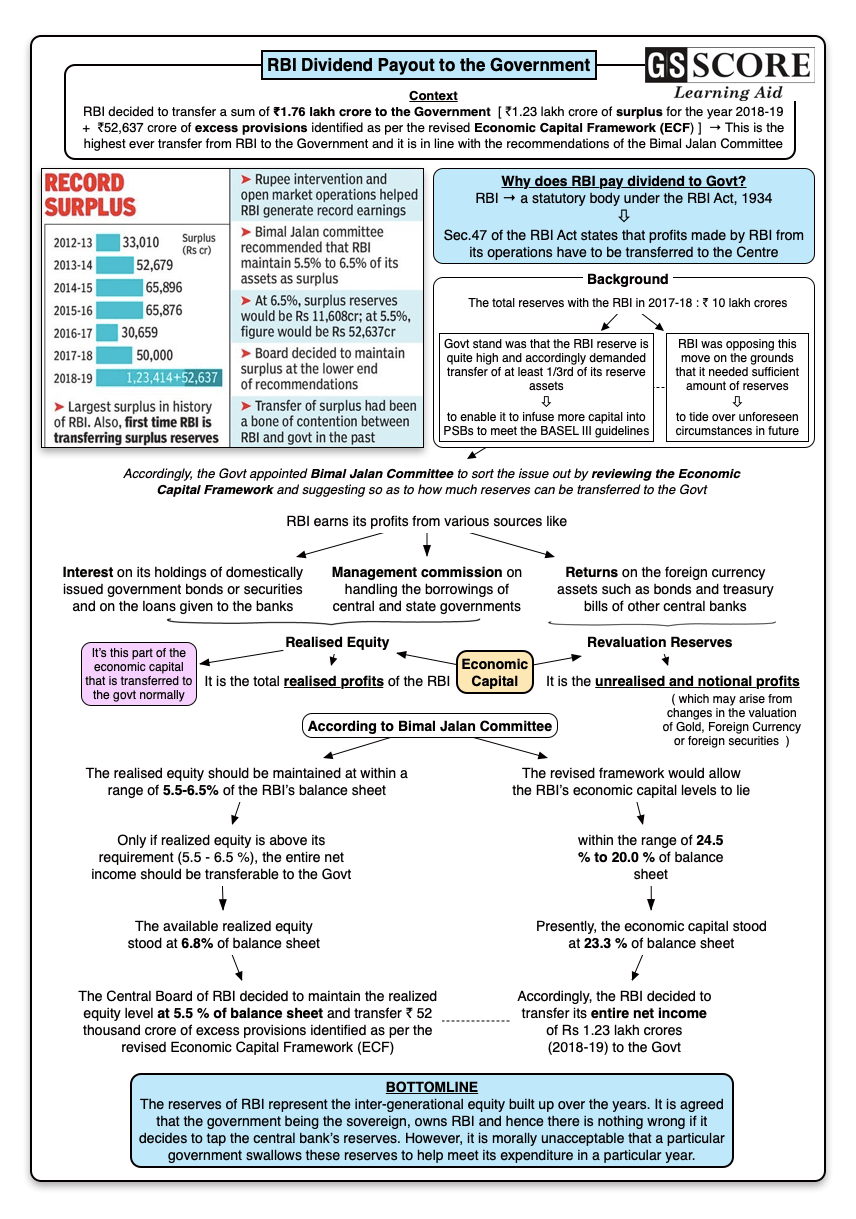