Recent developments in Indian economy and polity have made stronger the case for India’s move towards greater decentralization. This has started a debate on re-examining federalism in India.

Fault lines in the Indian model of Federalism:

How to strengthen federalism in India?

A functional, periodic review and subsequent reform of the process of federalization is needed. Institutional and structural mechanisms needed to be reassessed, so that any accumulated stress within the political system does not explode into ugly and violent situations, or disturb the ef?cacious functioning of public affairs. Deepening federalism and further involvement of localities seem to lead the way for a reasonable and stable political democracy. 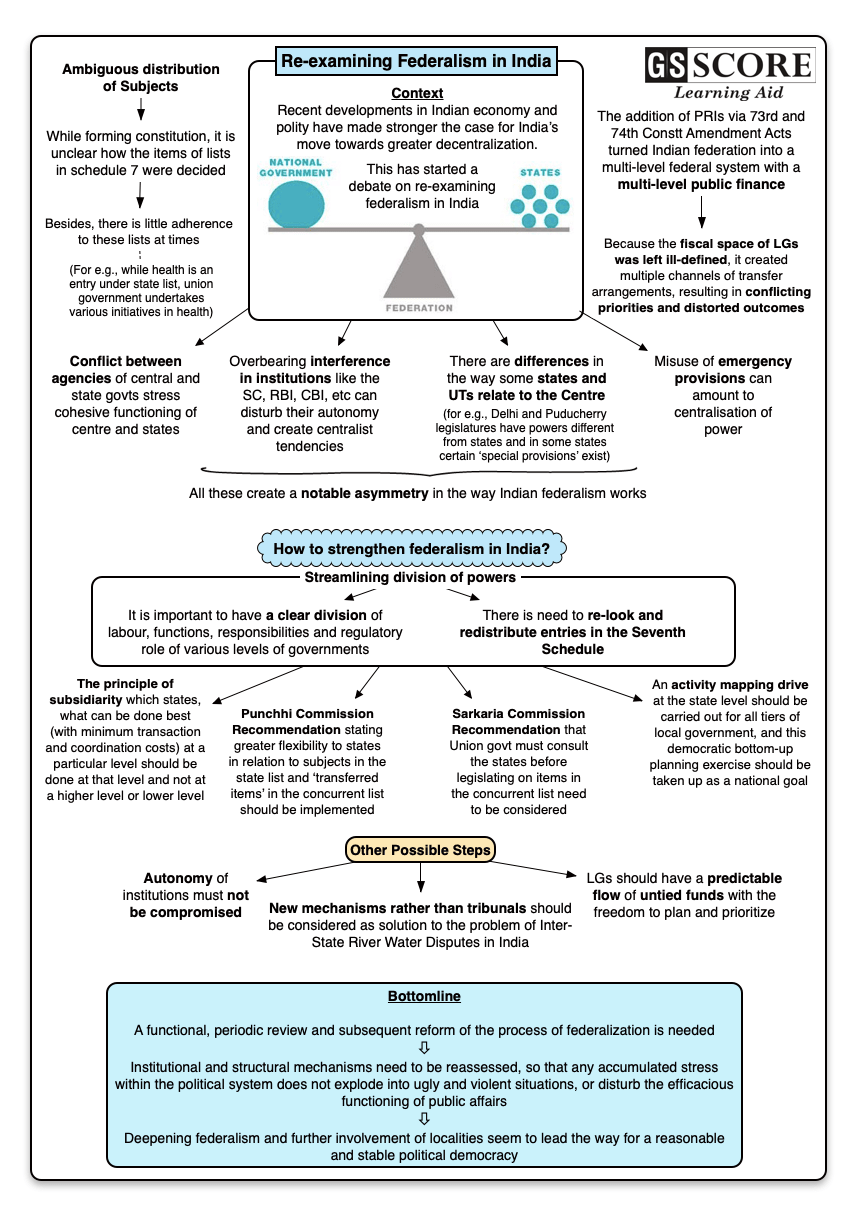