In a recently concluded Bangkok - ASEAN summit, all stakeholders, including India, were asked to conclude negotiations for the Regional Comprehensive Economic Partnership free trade agreement by the end of 2019.

Will RCEP be able to counter Protectionism?

Why is India apprehensive about RCEP trade deal?

India has been keen to join RCEP

However since 2012, its concerns remain: opening its markets for cheaper goods from countries like China and South Korea; and ensuring that RCEP countries open their markets for Indian manpower (services).

What is the government doing to facilitate the trade deal?

The Commerce Ministry has begun consultations with stakeholders from industries that are most worried about RCEP.

To make RCEP work, what policy considerations are important?

Summing up - Pros and Cons of aligning with RCEP:

Fallouts - if India does not Join RCEP

Gain -  if India does not Join RCEP

Indian industry will lose more than gain if it agrees to a liberal tariff elimination schedule especially with respect to China. At a time of growing protectionism, opening Indian market to China can be disastrous, given that proper standards and processes are not in place in India. Analyze intent behind RCEP and contrast it with rising protectionism trends. Discuss if the deal is effective for boosting Indian Industries' competitiveness. 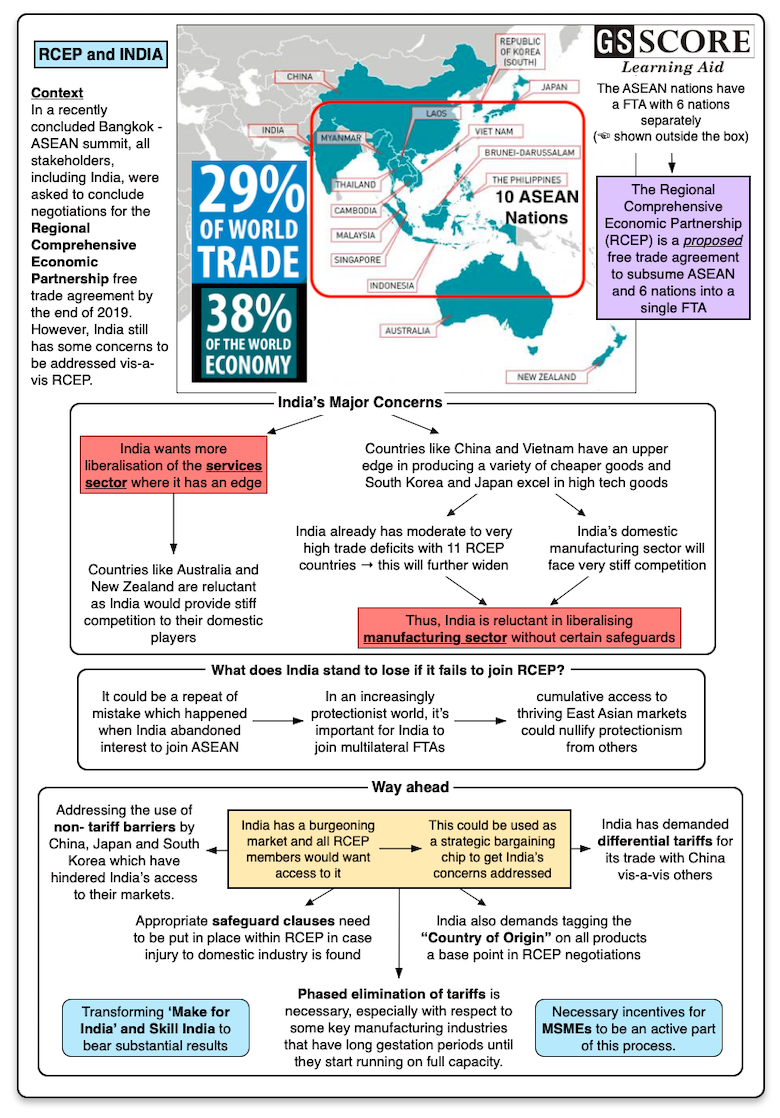