Given the porosity along the Northeast (NE) border, drug trafficking is likely to be a huge matter of concern in the coming years.

In this vein, this brief aims to examine the illegal trade and drug trafficking at the border and how is it an internal security challenge for India.

What substances are consumed by masses?

What is the region a troubled hotspot for drug-trafficking? 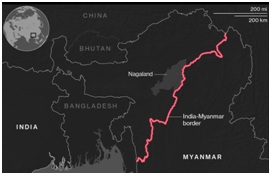 Why more and more people are getting engaged in the drug nucleus?

Population residing at the border area is vulnerable and neglected and thus gets involved in illicit trade and illegal activities. The following are a few reasons:

How drug trafficking pose a threat to security?

What corrective measures can be adopted?