Road to justice in case of mass violence and riots

History of mass violence in India:

Issues related to riots in India:

Impact of the verdict of Sajjan Kumar case:

Taking the cue from the Delhi High Court ruling and these legal commitments, India’s Law Commission, legal advocates, social activists and lawmakers should make appropriate changes to the IPC, incorporating the criminalisation of mass crimes including genocide, crime against humanity and the legal principle of non-applicability of statutory limitations under the 1968 Convention.

Justice has been delayed but not denied in case of anti-sikh riots case. Analyse the status of justice in case of riots and mass violence in India. 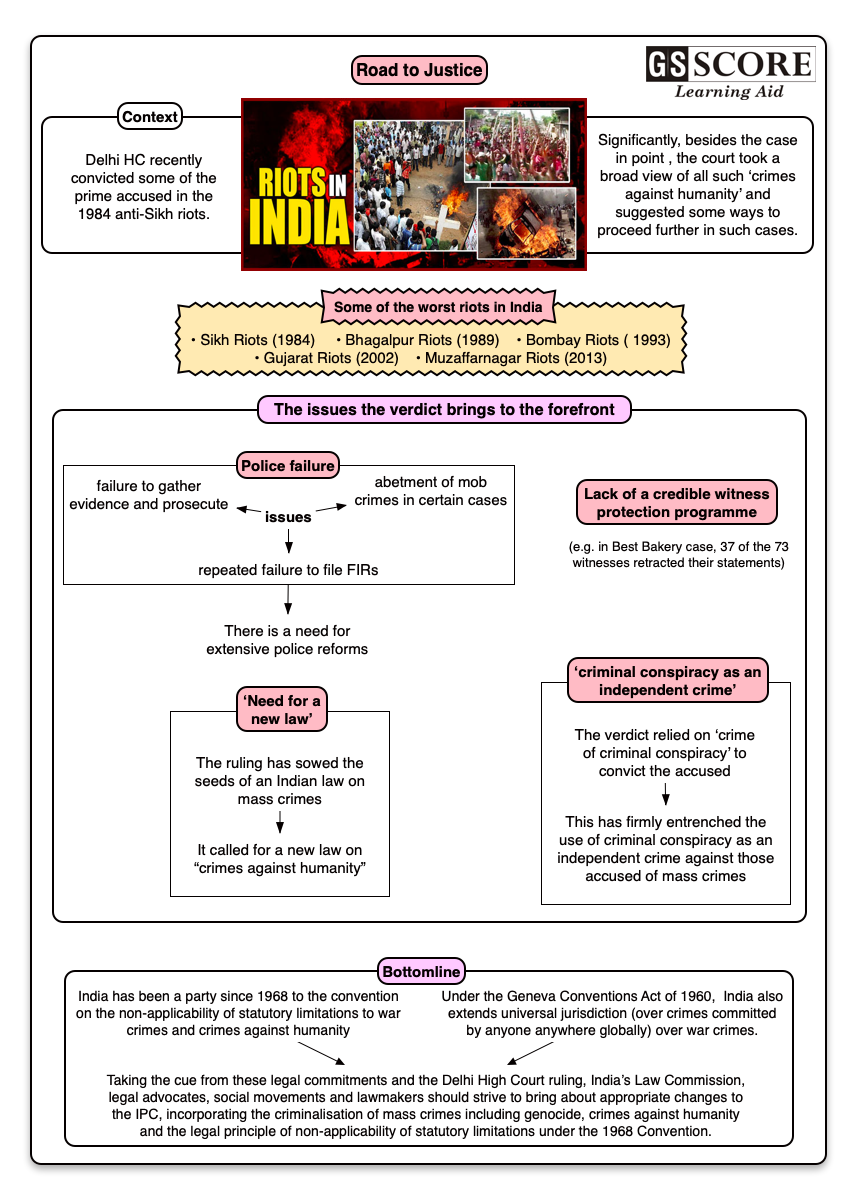