The Supreme Court, in a majority opinion of 4:1, lifted the centuries-old practice of prohibiting women from the age of menarche to menopause to enter the Lord Ayyappa temple at Sabarimala in Kerala.

Freedom to manage religious affairs subject to public order, morality and health, every religious denomination or any section thereof shall have the right.

TIME LINE OF THE CASE:

KEY POINTS FROM THE JUDGMENT:

Arguments in favour of entry:

This judgment is considered as a radical judgment which would help to rationalize religious practices which are prevailing in Indian society. This judgment protects women’s rights in public places and ensures the individual liberty to them. However, critics believes that as religious institutions are not included in the long list of public places mentioned in Article 15 (2) and this is overreach of judiciary on religious matters.

Timeline of the issue: 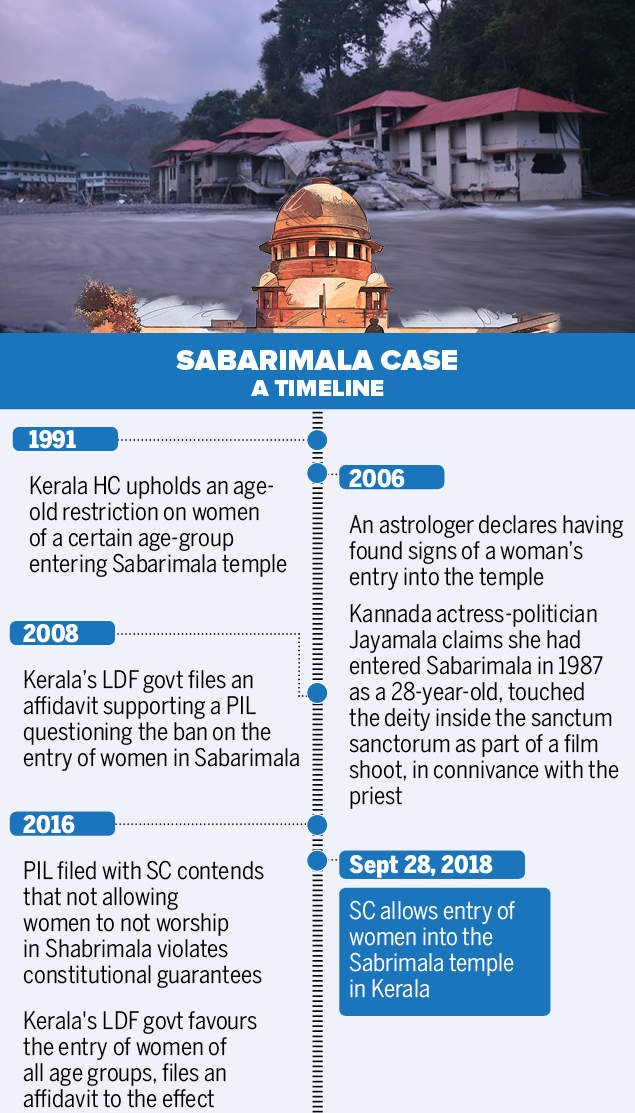