Prime Minister of India has recently inaugurated Sardar Patel’s statue, colloquially known as Statue of Unity for his contribution to unity and integration of India.

Why are national symbols important?

Economics of the Statue

India should move ahead from the old debates of guns versus hospitals and the schools versus tanks. In modern era, both schools and guns are important. So statues along with schools, hospitals and other public facilities can complement each other by creating a value system where tolerance for present and respect for past prevail. Besides, statue like Eiffel Tower is testimony of the fact that once popular, revenue generated from these marvel exceeds the construction costs within years. However, for Statue of Unity to be the world’s best touristy destination some more concrete steps are required.

The government will need to take the following steps:

Question: India should move ahead from the old debates of guns versus hospitals and the schools versus tanks. In this context analyse the Statue of Unity as a mark of India’s growing aspirations and goals.

Question: The biggest tribute to Sadar Patel, the Iron Man of India would have been uplifting tribal and marginalised sections of India rather erecting Patel’s colossal statue. Comment

Question: Statue of Unity is symbol of unity in diversity and apt response to those who thought India would not survive for long as a nation. Elucidate 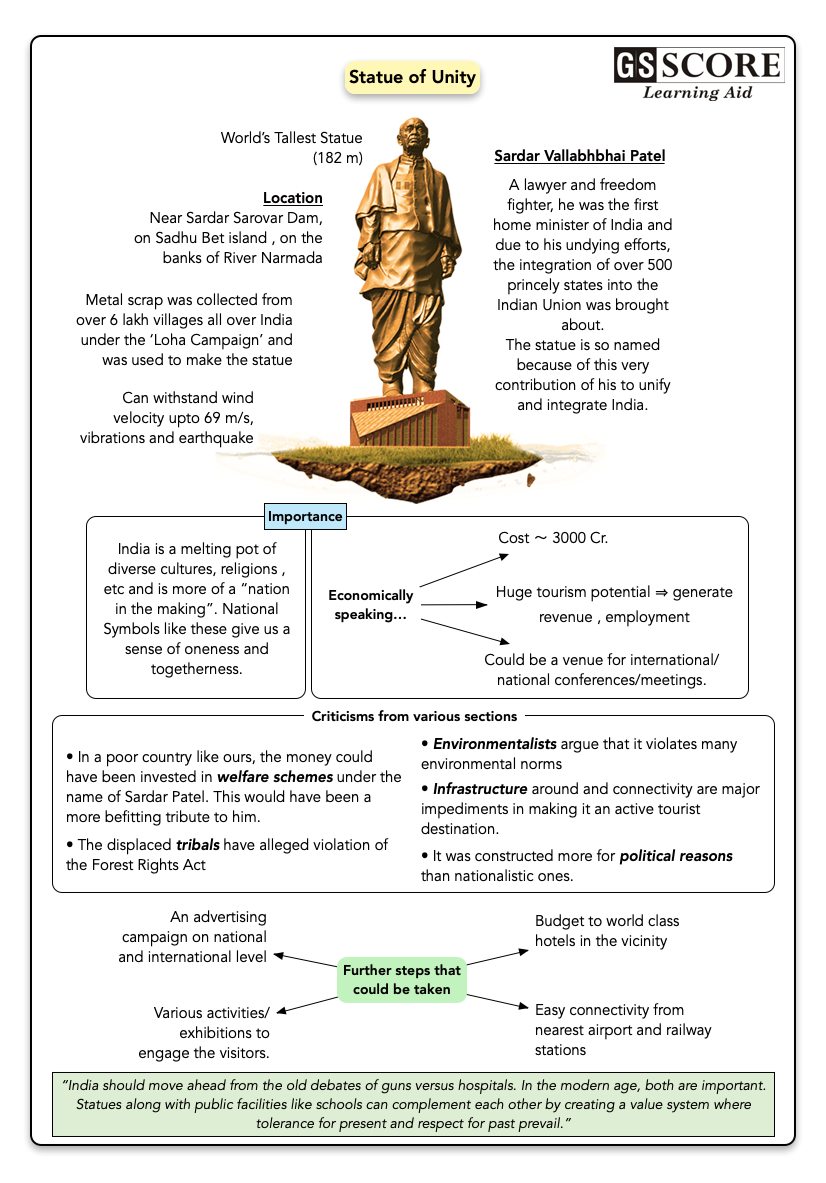