Status of Indigenous people in India: An Analysis

Who are Indigenous people?

Indigenous people in India: An overview

Challenges for Indigenous groups in India

Recently there have been several reports of exploitation of tribals. Discuss the status of tribals in India. Examine the challenges they face and suggest way forward. 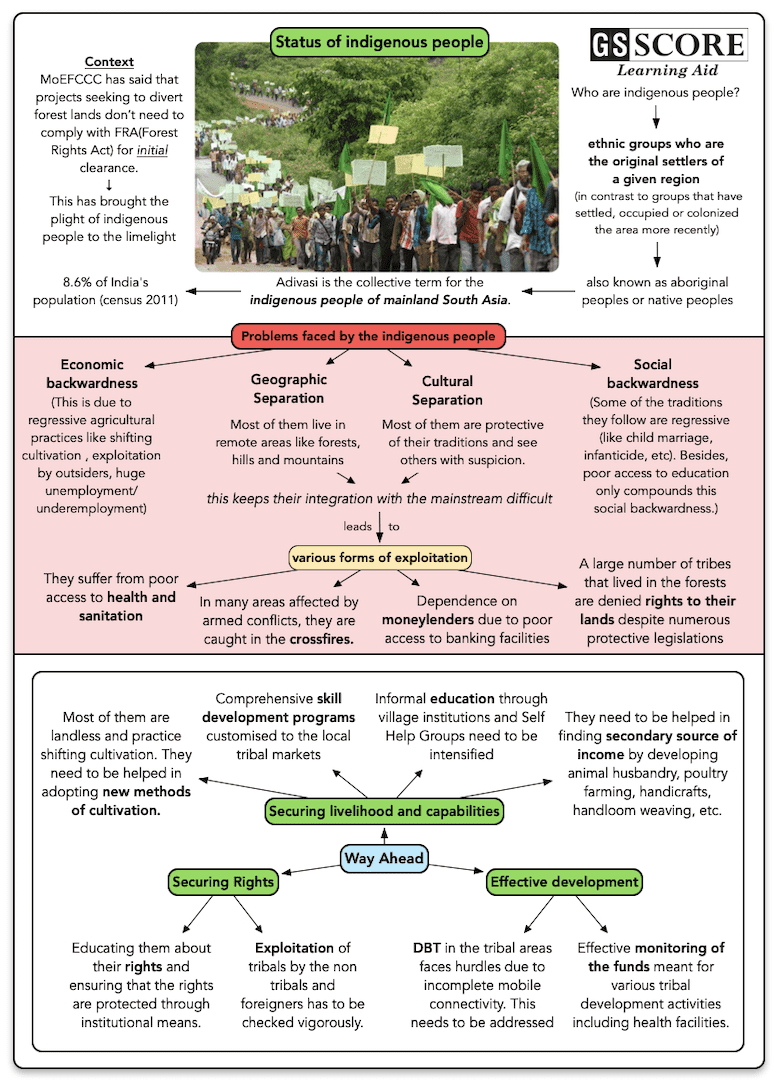