Causes behind stubble burning and its persistence:

Thus, stubble burning is not a new and surprising phenomenon and has been occurring since decades now. Considering the predictability of occurrence of problem and available initiatives in place, tackling the issue is the urgent need of the day given its severe consequences and associated problems. Proactive government intervention, aggressive media campaign and private industries should come together to the rescue of the farmer and the environment and solve the stubble burning issue in a time bound manner. 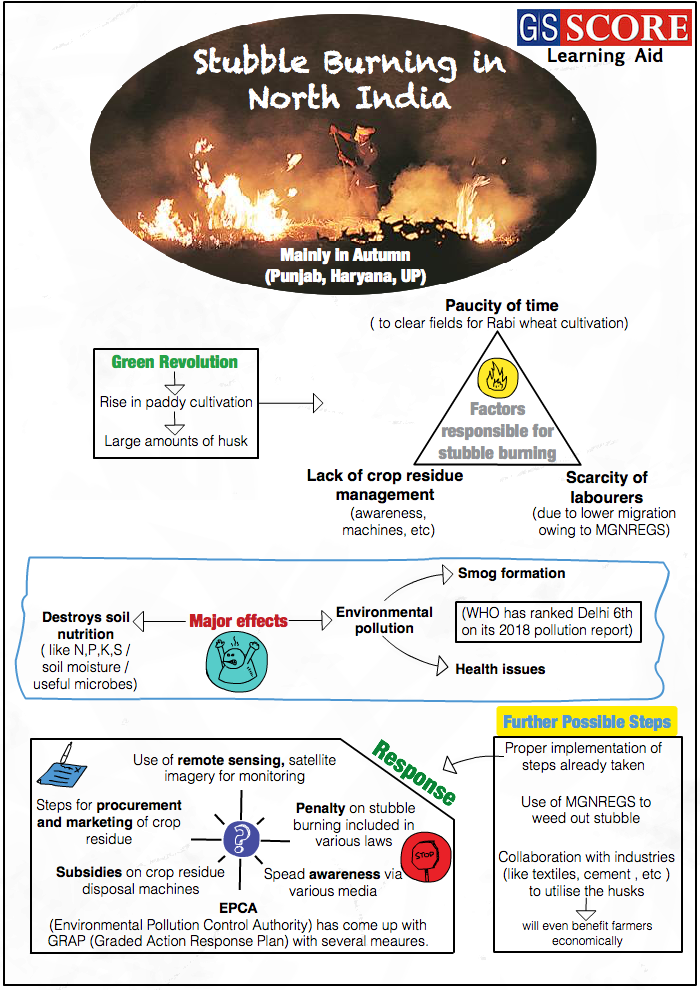 Stubble burning in North India and its consequences is not a new issue, still the policymakers and officials fail to check the menace each year. Discuss. What steps have been taken by the government to tackle the problem? Also suggest some measures to solve the issue of stubble burning.