India has played an important role in shaping the Sustainable Development Goals (SDGs). Therefore, it is no surprise that the country’s national development goals are mirrored in the SDGs. As such, India has been effectively committed to achieving the SDGs even before they were fully crystallized.

The main messages from India’s Voluntary National Review of SDG implementation in 2017 encapsulate the progress made with respect to Goals 1, 2, 3, 5, 9, 14 and 17.

Goal-wise analysis with respect to India: Status, Challenges and major Government schemes to achieve the goal

Goal 17: Partnership to achieve the Goal

Major broad challenges apart from those mentioned above are:

SDGs provide broad goals and targets, it will be up to the national, and state governments to identify priorities, decide appropriate locally relevant policies, harness innovation and ensure that an implementation and monitoring plan is in place. It is also the responsibility of people, society, NGOs, media to help the government in achieving these only and contributing towards them.

A summary of overall status and key steps : 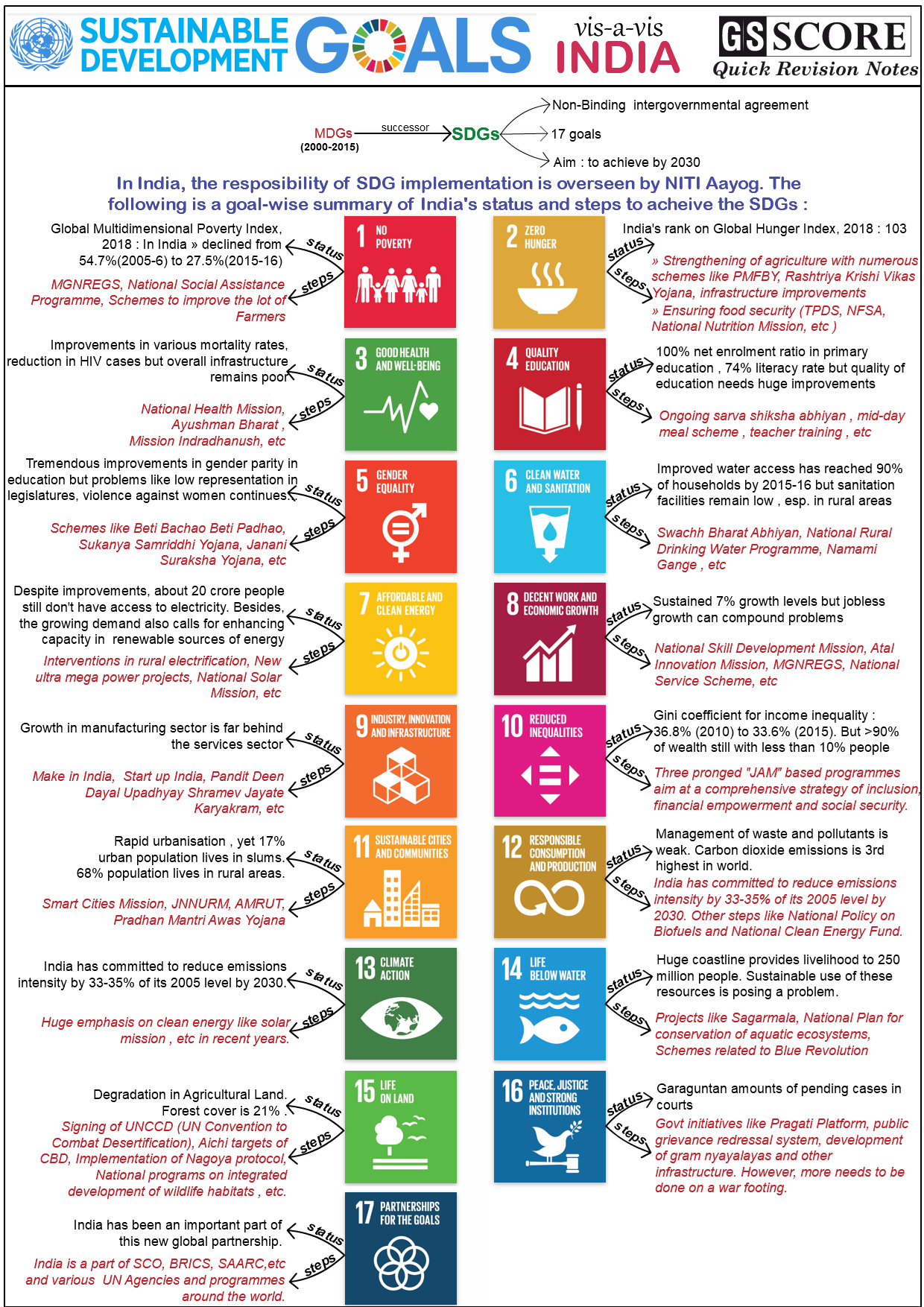 1. What do you understand by Sustainable Development Goals (SDGs)? How far do you think will India be able to achieve the targets by 2030?

2. UN General Assembly president has said India’s success in achieving the Sustainable Development Goals (SDGs) can change the face of the world. How far has India reached in achieving the SDGs so far? What else is required to achieve the goals completely in desired time frame?

3. What is the importance of SDG? Elaborate on the role of various stakeholders, i.e., Government, civil societies, bureaucracy and citizens in achieving these targets.