In the last 2 years, Telecom sector lost over 100,000 employees because of financial turmoil and consolidation of various telecom companies.

Why this recent step of hiring?

Strength of Telecom sector in India

Key Challenges Faced by the Telecom Industry in India

Lack of Telecom Infrastructure in Semi-rural and Rural areas

“India is the world's second-largest telecommunications market, but it is facing many road-blocks in its growth.” Comment. 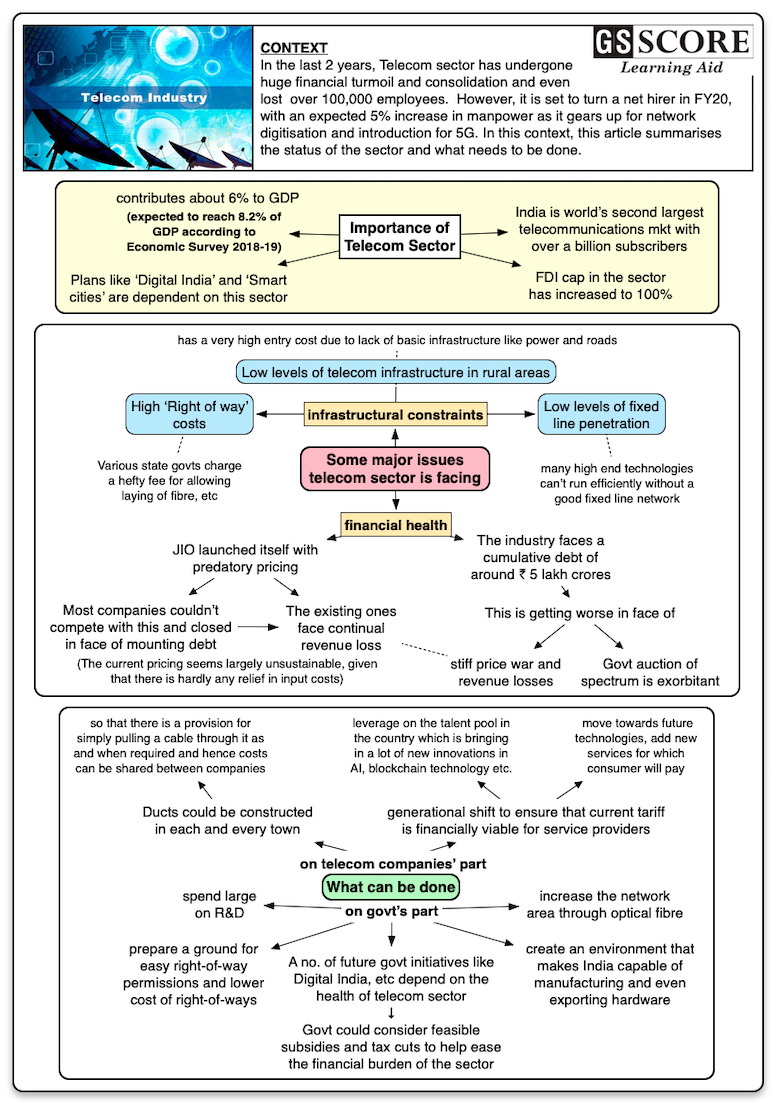