The merger/amalgamation of Bank of Baroda, Vijaya Bank and Dena Bank.

Union Cabinet approved amalgamation of Bank of Baroda, Vijaya Bank and Dena Bank. Every permanent and regular employee of the transferor banks (Vijaya Bank, Dena Bank) will become an employee and will hold his/her office therein in the transferee bank (Bank of Baroda).

Why these three banks were chosen for merger?

Is this a merger or an amalgamation?

If Bank of Baroda, Vijaya Bank and Dena Bank would have been kept alive, government would have had to infuse fresh capitals to help them meet Basel III norms. Under this context, is this amalgamation move a “merger” or an attempt to amalgamate balance sheet? 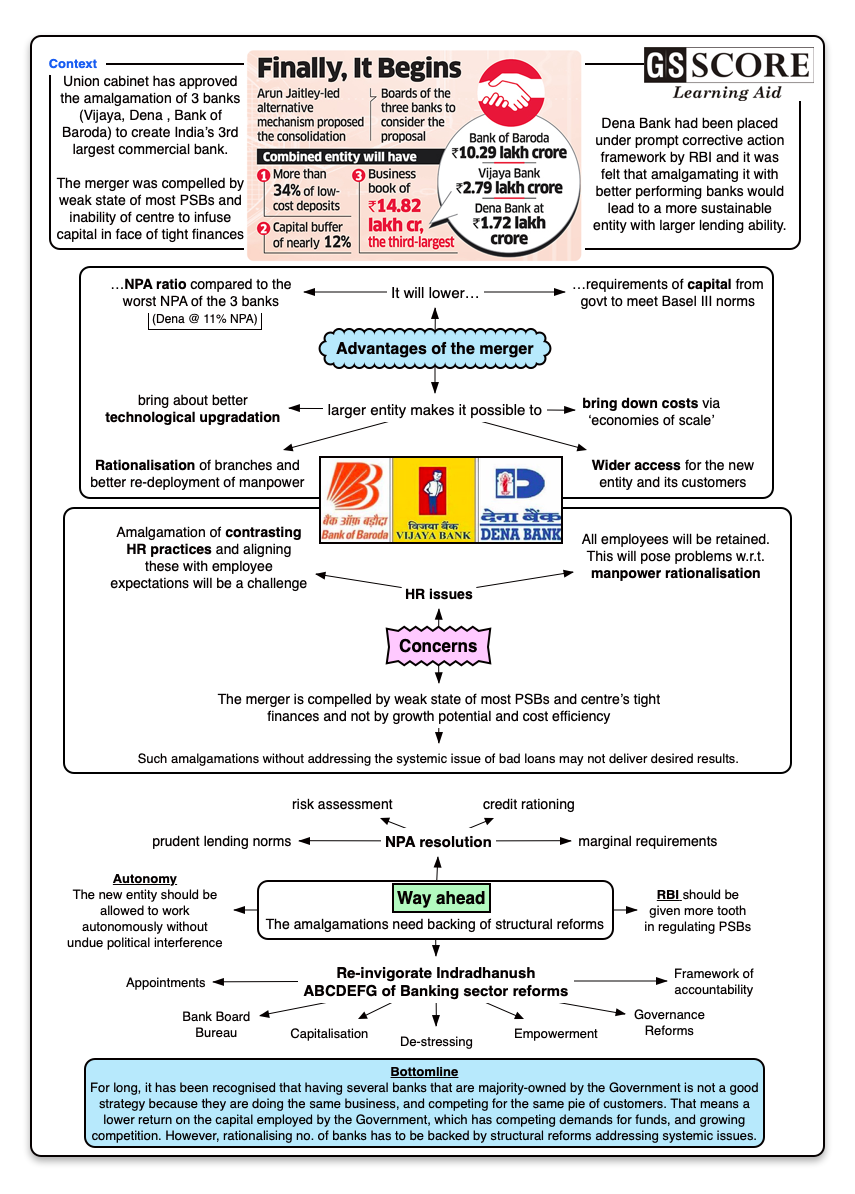