The government’s push for the passage of a key bill allowing proxy voting rights for India’s 25 million-strong diaspora — also known as non-resident Indians or NRIs — has shone the spotlight on the 200 million migrant workers within India who remain far removed from the voting process.

Let vote move with voter: Why it’s not a reality yet?

Tata Institute of Social Sciences had the following suggestions for EC to increase voter participation at polls: 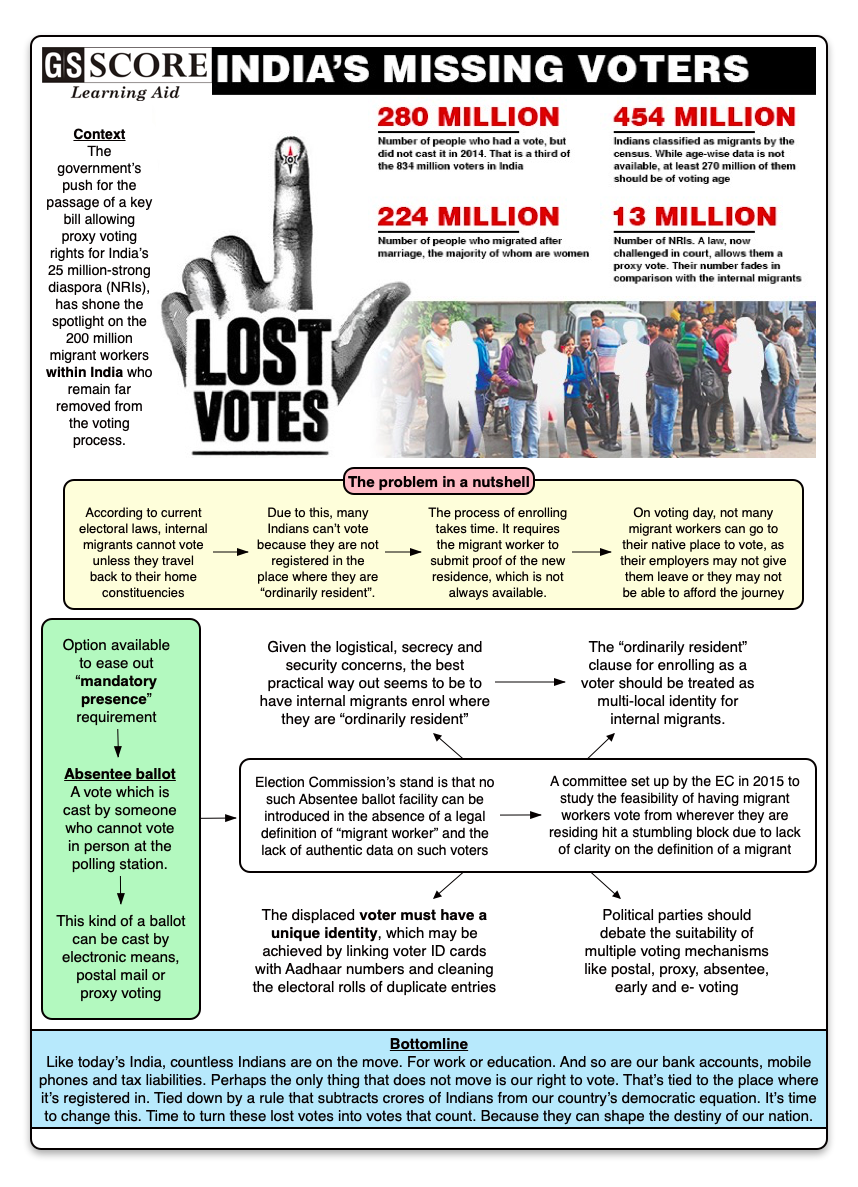 After each election, parties look to the Election Commission (EC) to find out the percentage of people who voted for them. But what often gets overlooked is the number of people who did not turn up to vote. When every 3rd Indian is a migrant worker, make a case for deliberative democracy while ensuring that every vote counts.