The Transgender Persons (Protection of Rights) Bill, 2019 was recently introduced in Lok Sabha by the Minister for Social Justice and Empowerment.

Social Exclusion Framework is increasingly used in highlighting the issues and problems faced by disadvantaged and disenfranchised groups.

Issues in the Bill

Despite being a socially diverse and democratic nation, transgenders have still not been weaved into the social fabric of India.Discuss the issues faced by the community and examine how effectively the recently introduced Transgender Bill 2019 can address them. Also enumerate other initiatives in the past taken by the government to uplift this section. 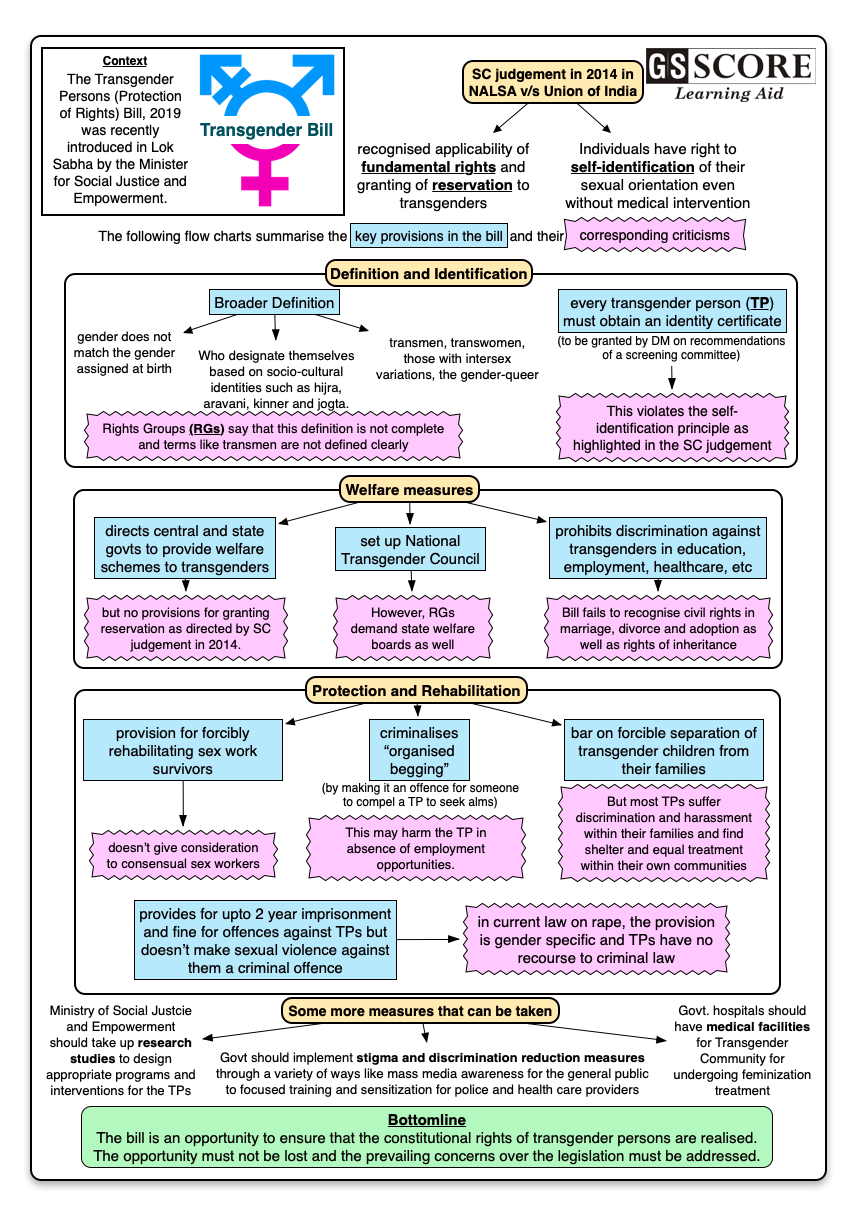