A new parliamentary inquiry report in United Kingdom has said that the country is falling behind in the global race to engage with India because it has failed to adjust its strategy to fit India's enhanced influence and power on the world stage.

Threads between United Kingdom and India

Britain’s Relationship with China - The Parliamentary Inquiry Report highlights that India seems to face tougher Visa norms as compared to a non – democratic country like China. The UK should take care to ensure that stronger ties with China are not at the expense of a deeper partnership with India.

Discuss the impact of BREXIT on the bilateral relations of India and United Kingdom. 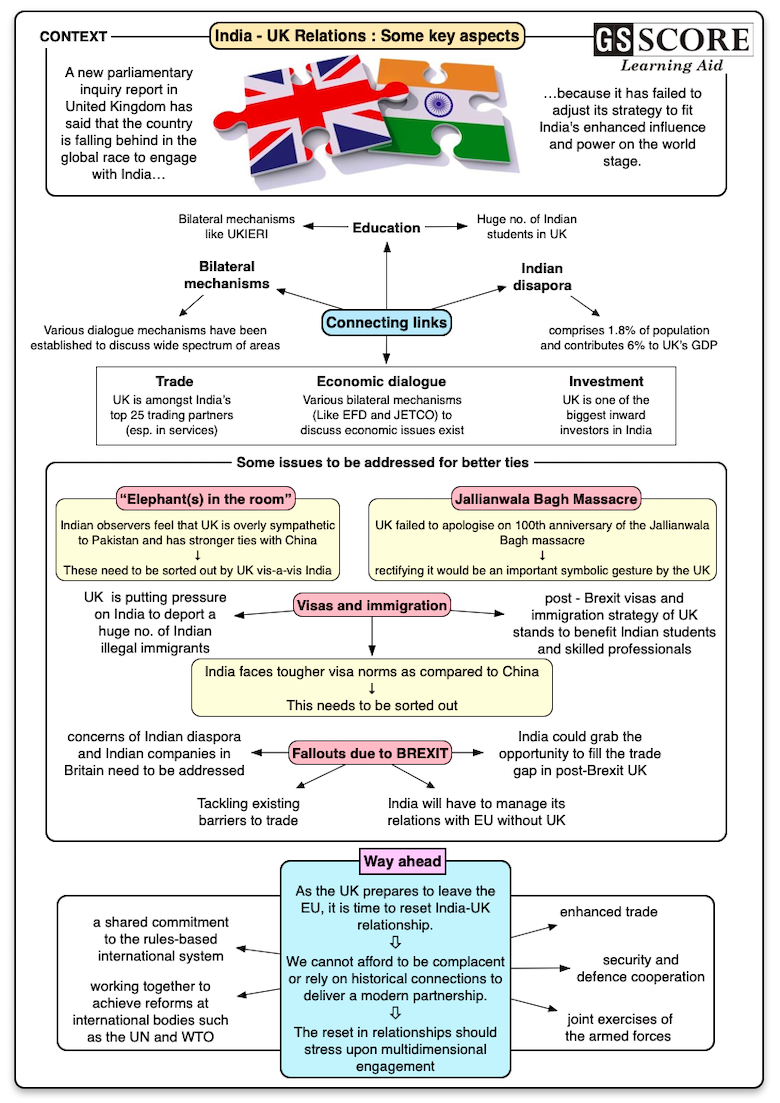