The Union Cabinet approved the Wage Code Bill which seeks to subsume 13 existing laws related to workers remuneration and enable the Centre to fix minimum wages for workers in un-organised sector.

Significance of the Bill

Key Issues with the bill 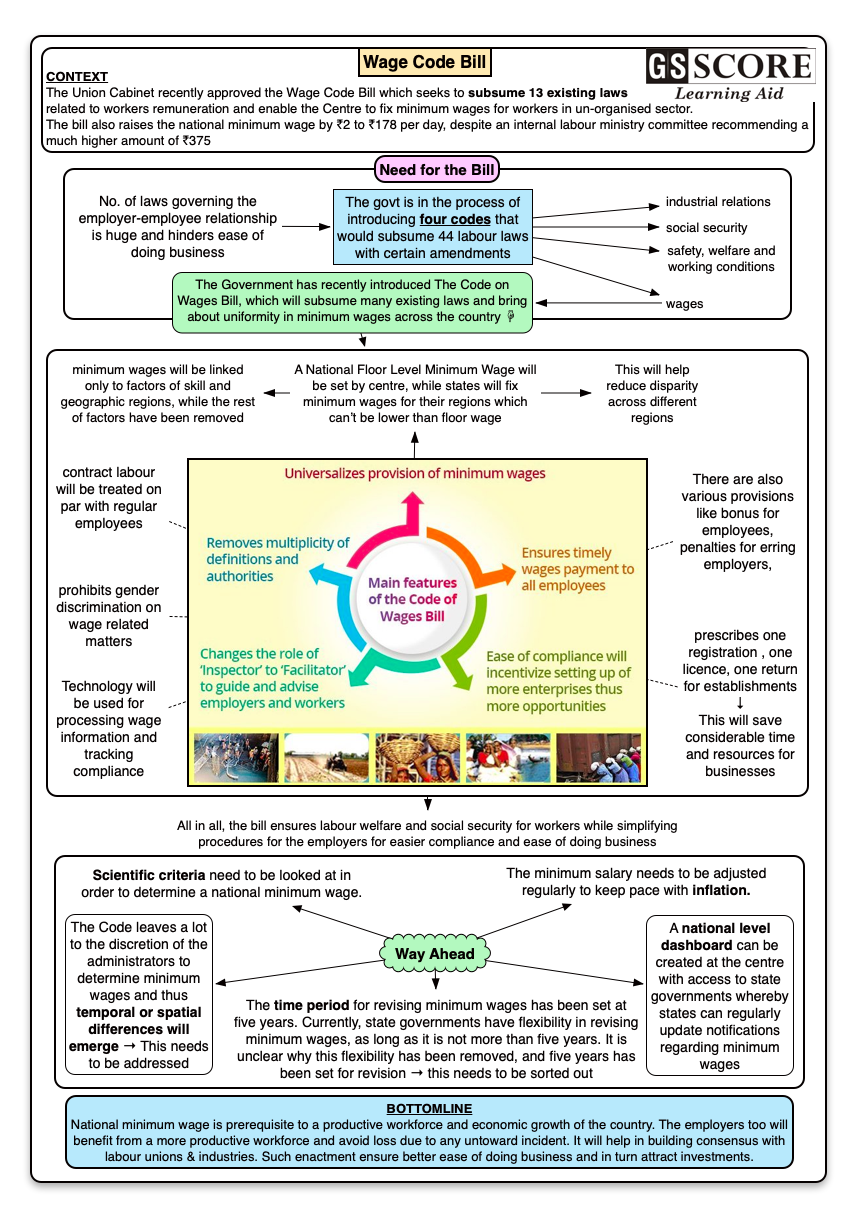