Why RIC is as important to India as JAI and BRICS?

Importance of RIC for India

In the light of recently held summits, discuss the importance of groupings like RIC (Russia-India-China) and Japan-USA-India (JAI) for India. 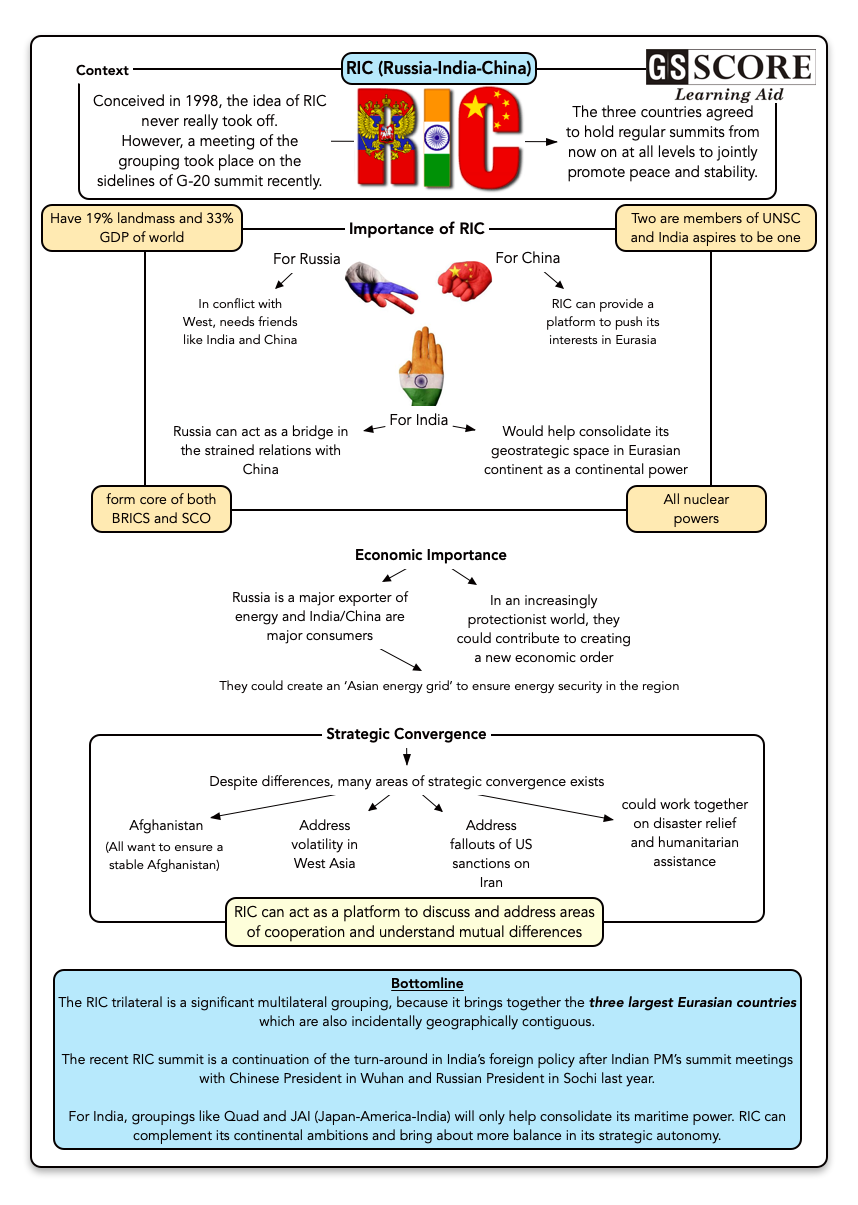