The recent accident in Rae Bareli in which a rape survivor’s two aunts died, and which left her and her lawyer in a critical condition, has drawn much media attention.

Some of the major Criminal Laws in India

The scheme was drawn up by:

The witnesses, being eyes and ears of justice, play an important role in bringing perpetrators of crime to justice. The scheme is the first attempt at the national-level to holistically provide for the protection of the witnesses, which will go a long way in eliminating secondary victimization. This scheme attempts at ensuring that witnesses receive appropriate and adequate protection. It also strengthens the criminal justice system in the country and will consequently enhance national security scenario. 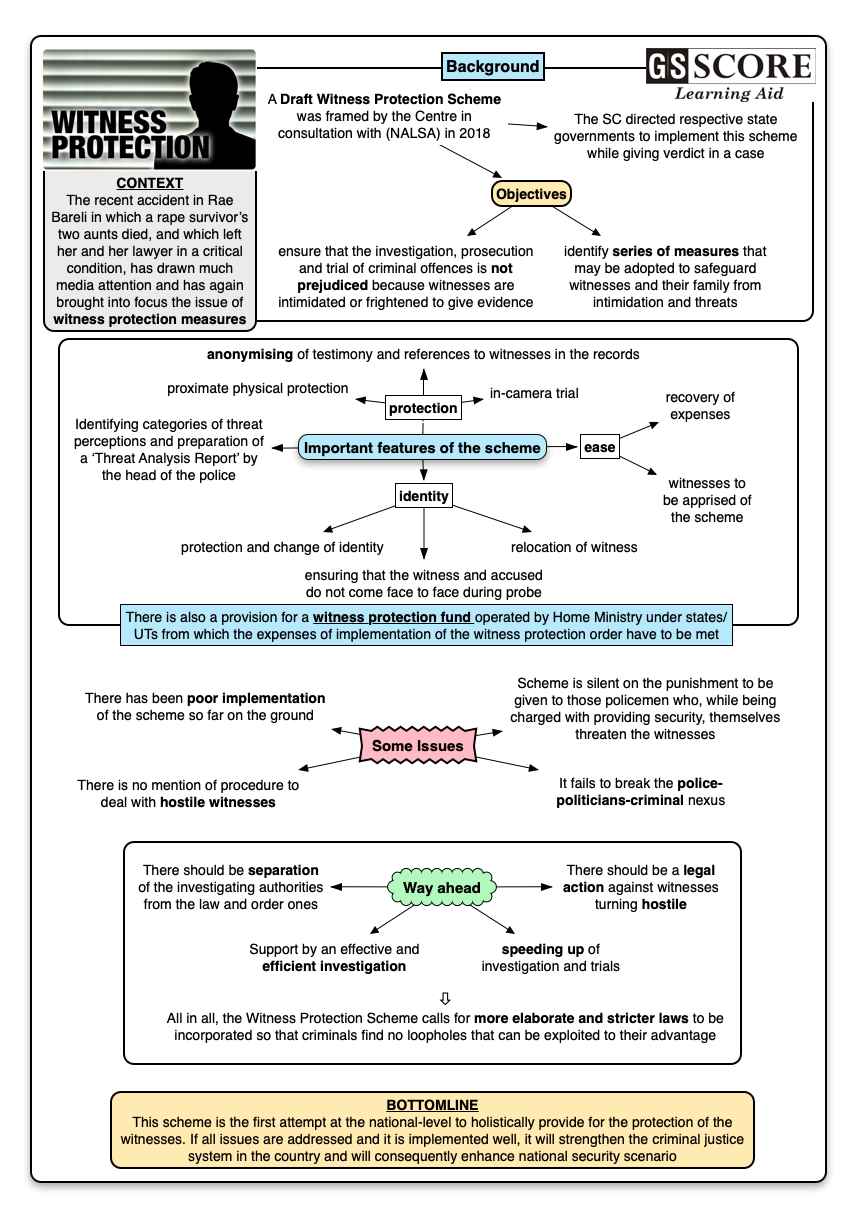