In a joint statement, permanent members of the UN Security Council (UNSC) pledge to ensure a nuclear war is never fought, amid rising world tensions.

What can be the reason behind the statement?

Who has what at a Glance (nuclear weapons)? 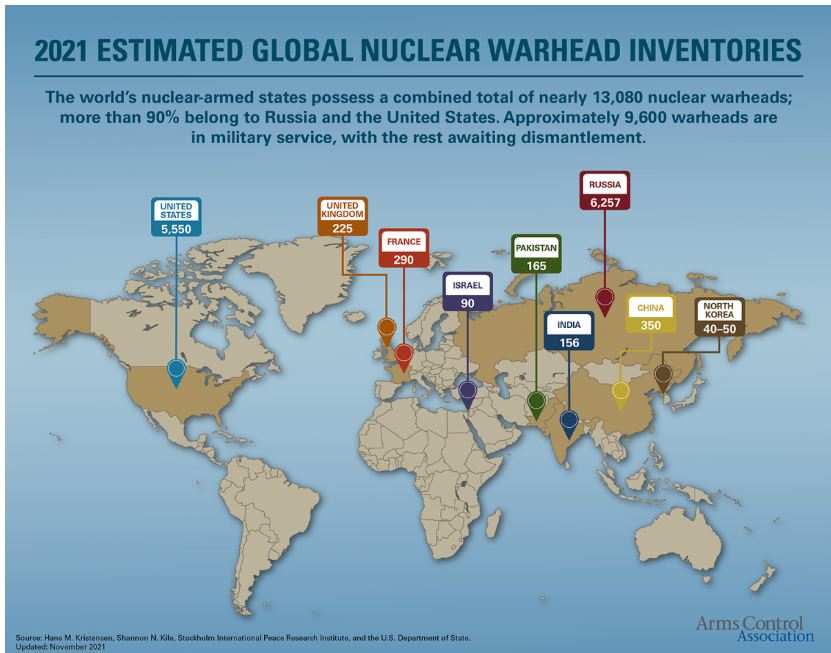 Significance of the pledge

Building trust and reducing conflicts: The pledge will “increase mutual trust” and reduce the risk of nuclear conflict.