September 21 of each year is observed as World Alzheimer’s Day.

September 21 of each year is observed as World Alzheimer’s Day.

What is Alzheimer’s disease?

Scientists have not yet understood the exact cause of Alzheimer's disease. It is postulated to have multifactorial etiology like:

What are the preventive measures? 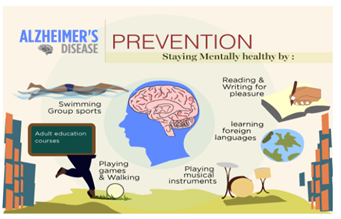 There is no definitive evidence to support that any particular measure   is effective in preventing. However, there are certain steps that could be taken which may help to delay the onset of dementia such as staying mentally healthy.