Zoetis is selling Neftin-T in India which contains the antibiotic Tylosin.Zoetis recommends feeding Neftin-T to chickens to improve weight gain and FCR (feed conversion rate).Tylosin is not only critically important to animal healthbut it has been banned for use as a growth promoter in the EU.It is because of fears of resistance to erythromycin, which is used to treat chest infections and other human diseases.WHO classes erythromycin as critically important to human health.

Antibiotic powders and tablets are fed to animals for increasing livestock production and it’s the nutritional level. Regular use of antibiotics in animal feed promotes growth, giving them higher value, but this practice is contributing to building drug resistance in bacteria and affects the health of the end-consumer.

Most countries have taken baby steps to limit the use of antibiotics in animals: For example, in the United States certain drugs can’t be used in food production, but loopholes in the legislation may still allow antibiotics to be used as growth promoters. If we are serious about antimicrobial resistance, we need more ambitious policies.

An overview of how the antibiotic resistance develops and spreads : 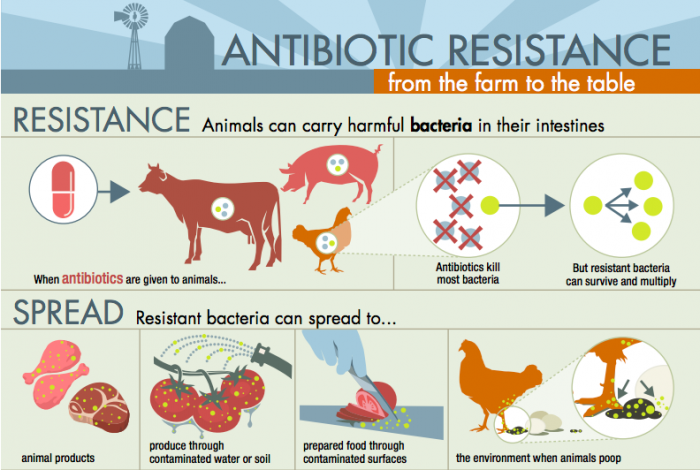