A distinctively coloured crab species has been discovered in the Western Ghats by a forest guard and a group of researchers.

About the new species 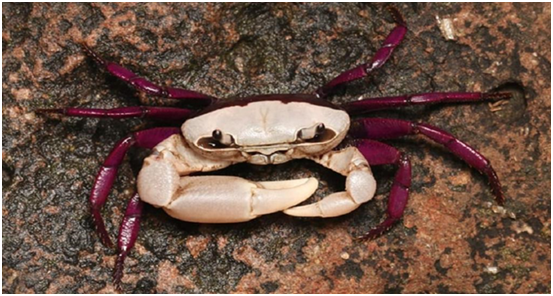