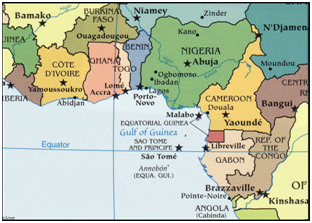 Piracy in the Gulf of Guinea:

Causes of piracy in the Gulf of Guinea: