What does the Living Planet Report 2018 has to say?

Highlights of the report

BIODIVERSITY IN A CHANGING WORLD

What does the report say about India?

The report is significant for highlighting the anthropogenic impact on biodiversity,  given our health, food and security depend on biodiversity. From medical treatments to food production, biodiversity is critical to society and people’s well-being. All our economic activity ultimately depends on nature. Stable planetary systems have enabled modern human society to develop. Without healthy natural systems researchers are asking whether continuing human development is possible.

WHAT FUTURE DO WE WANT? 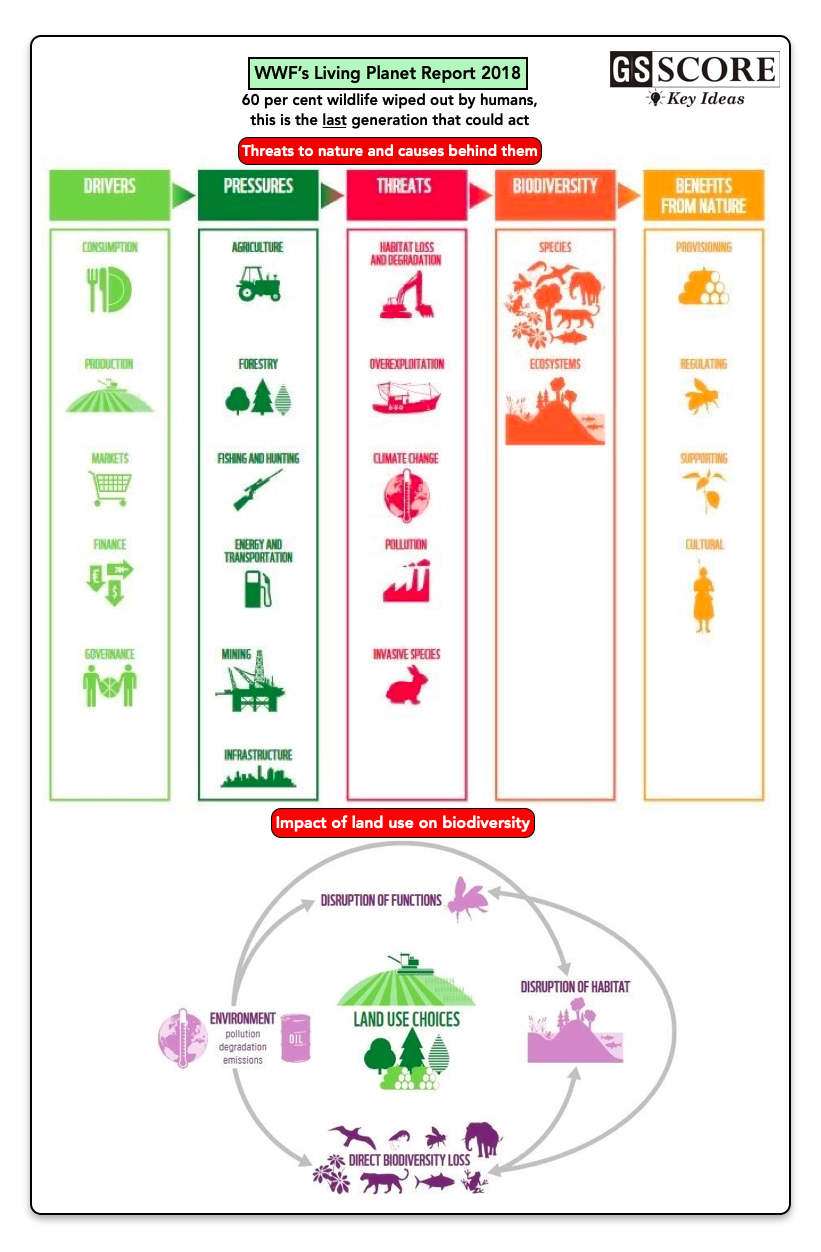 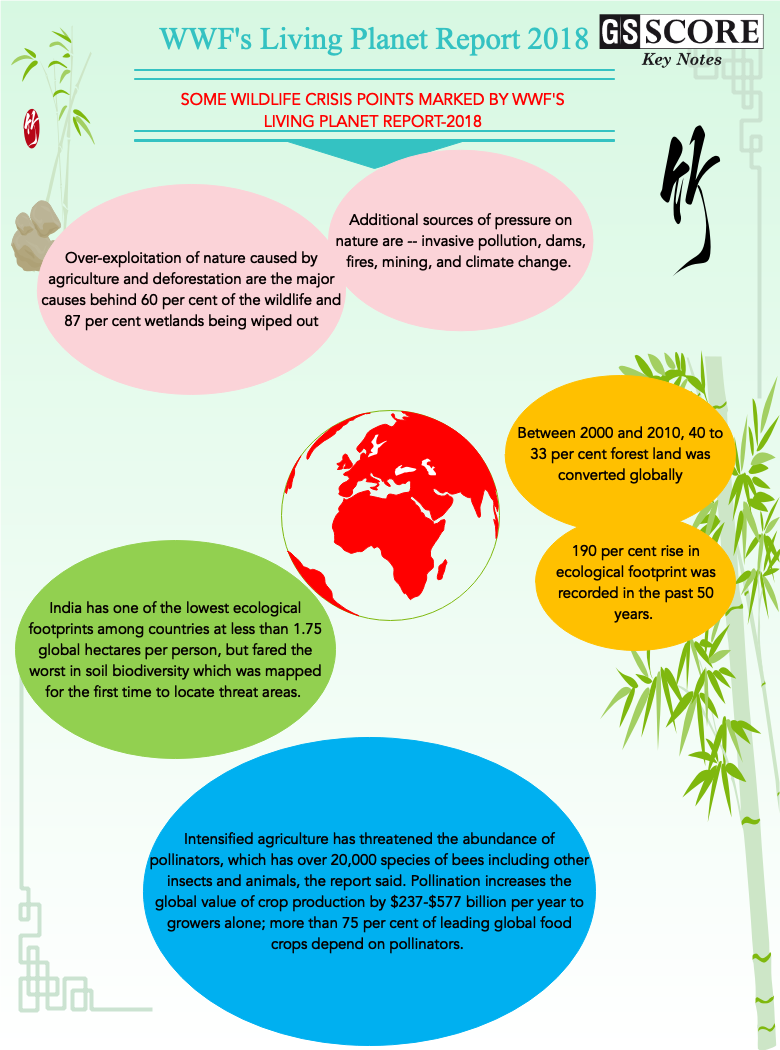