Ministry of Environment and Forests and Climate Change (MoEFCC), in collaboration with the World Bank has released a joint report on forest fire management titled “Strengthening Forest Fire Management in India.”

Repeated fires in short succession in the country are reducing diversity of species and harming natural regeneration, while posing a risk to over 92 million who live in areas of forest cover. It also contributes to climate change by releasing carbon stored in trees, undergrowth and soil into the atmosphere. In this context, the findings of the report are significant since preventing forest fires is crucial for India as the country has committed to bringing 33% of its geographical area under forest cover by 2030, as part of NDCs. The report calls for a national plan for the prevention of forest fire. 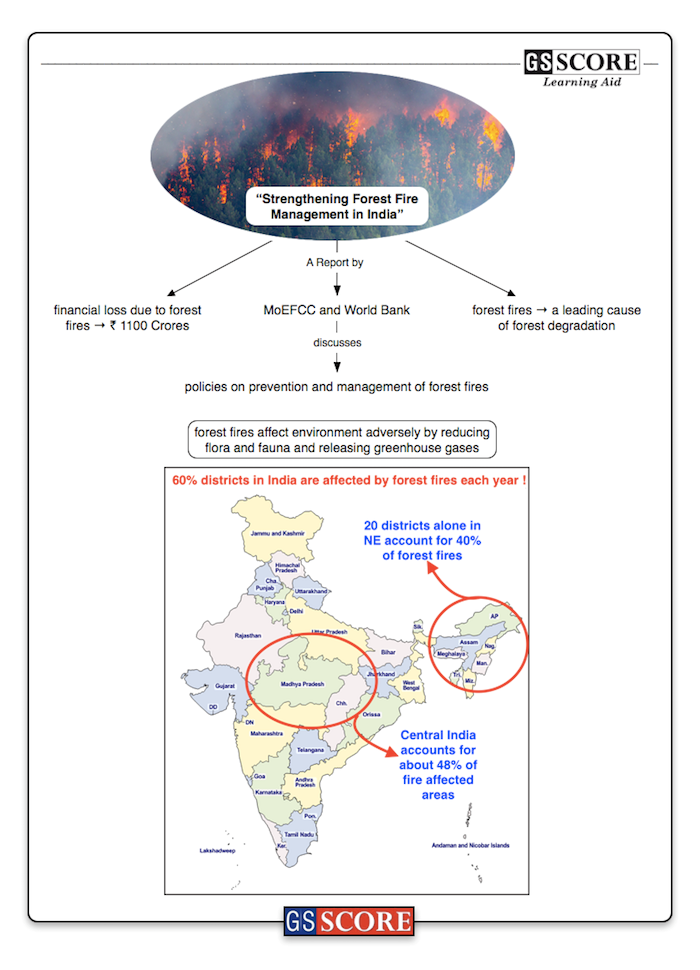