Arguments in favour of UBI

Case of Sikkim: In India, Sikkim would appear to be the ideal testing ground for UBI.

Whether the basic income will work in a country of over 120 crore, and how is a matter for bigger discussions, but with Sikkim taking the charge, it adds another feather to the cap of the state which is ahead in several other areas- its literacy rate is 98 percent, and the state assembly, in December 2018, approved the ‘one family, one job’ scheme to create over 16,000 jobs. The BPL percentage has come down from 41.43% in 1994 to 8.19% in 2011-12.

Discuss the viability of Universal basic income in India. 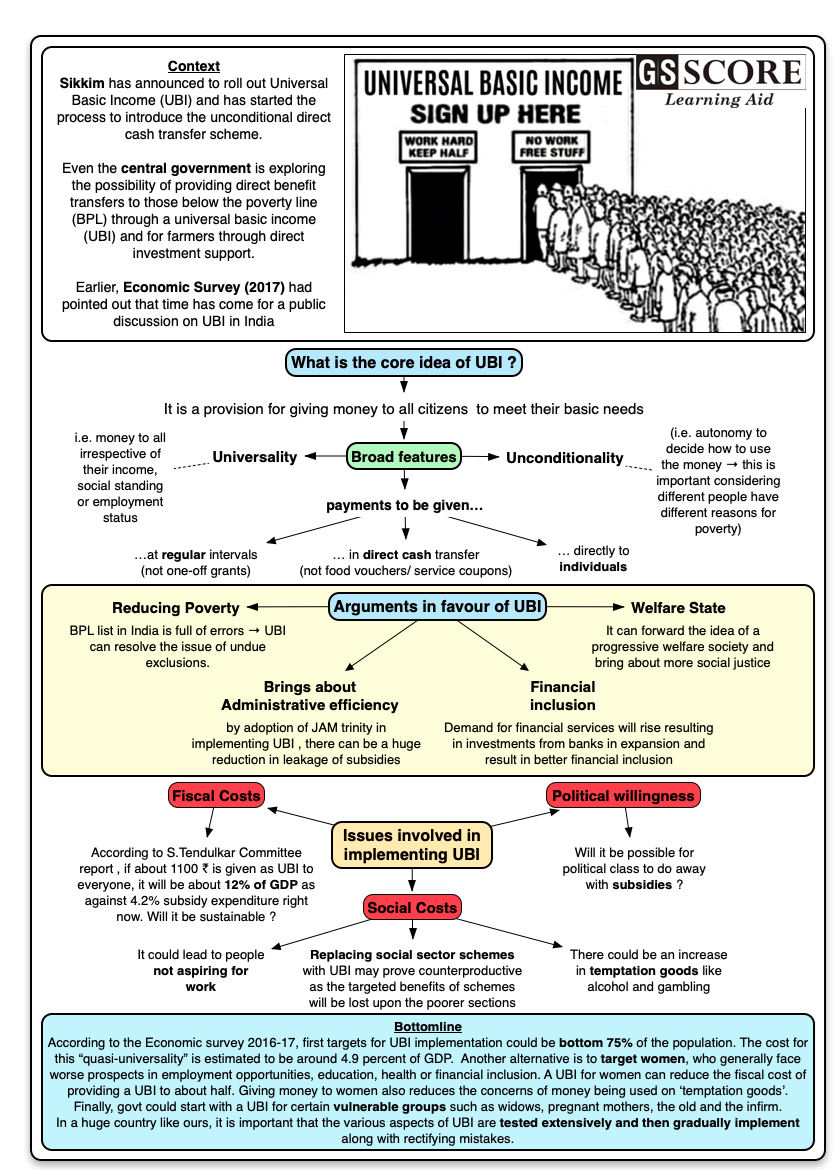