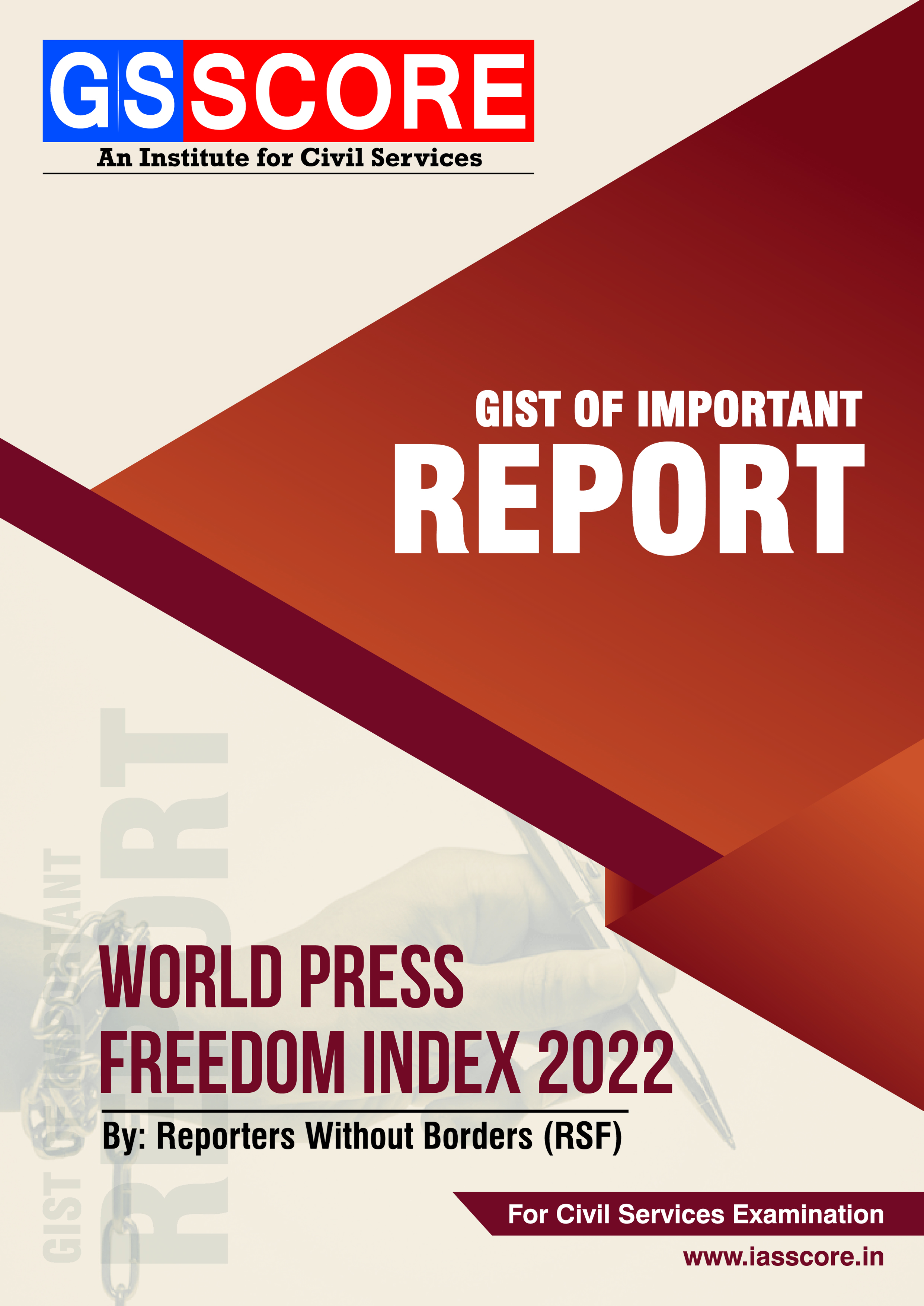 The 20th World Press Freedom Index published by Reporters Without Borders (RSF) reveals a two-fold increase in polarisation amplified by information chaos – that is, media polarisation fuelling divisions within countries, as well as polarisation between countries at the international level. The 2022 edition of the World Press Freedom Index, which assesses the state of journalism in 180 countries and territories, highlights the disastrous effects of news and information chaos – the effects of a globalised and unregulated online information space that encourages fake news and propaganda. Within democratic societies, divisions are growing as a result of the spread of opinion media following the “Fox News model” and the spread of disinformation circuits that are amplified by the way social media functions. This summary of the World Press Freedom Index summarises all the key takeaways of the report in a short and crisp manner.

Gist of Report: The State of Inequality in India Report