“Yoga and Alternative System of Medicine in India”

UPSC Exam is all about proper strategy, dedication and consistent endeavor in the right direction with authentic and reliable study material. Government and renowned international reports form a very important source for grasping the conceptual clarity of contemporary national and international issues/topics. However, it is a daunting task to comprehend a report that runs through hundreds of pages. It becomes difficult for the students in time crunch situations particularly during UPSC Mains Examinations.

In order to ease the burden over aspirants, GSSCORE has come up with a series of summary of important national and international reports in a crisp and comprehensive manner. Underlining the importance of reports and indexes for PT and Mains, GSSCORE provides a comprehensive summary of important reports of national and international repute. The summary of the report by GSSCORE would save the time and energy of the UPSC aspirants and enable them to quickly cover the syllabus.

Yoga: The Art of Being and Science of Well-Being 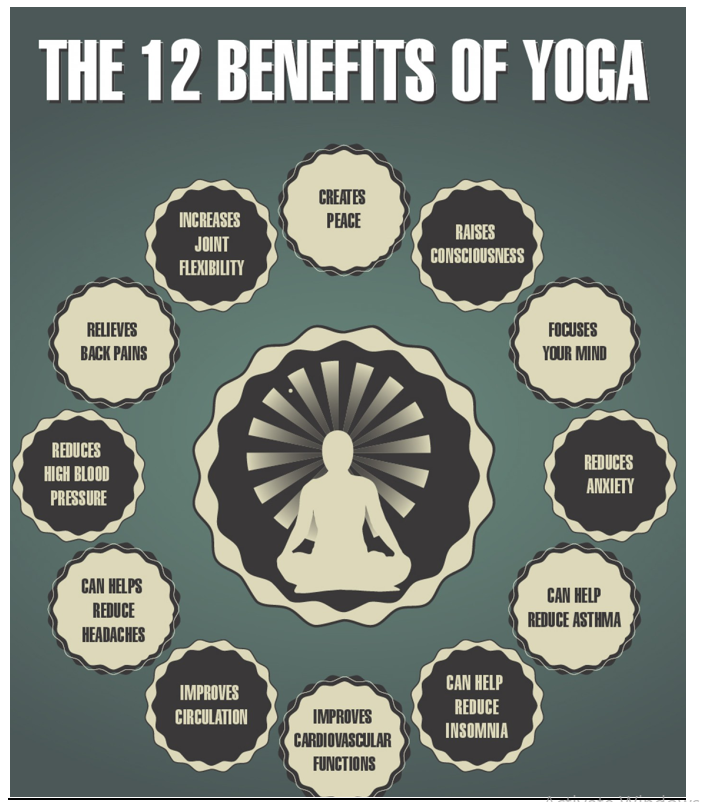 Yoga is an inner science comprising of a variety of practices and methods through which human beings can achieve a union between the body and the mind to attain self-realisation. The aim of yoga practice (Sadhana) is to overcome and endure all kinds of sufferings that leads to a sense of freedom in Every Walk of life with holistic health, happiness and harmony. Yoga is a perfect Wellness module as it is comprehensive and holistic in its nature. Yogic Principles of Wellness help to strengthen and develop positive health enabling us to withstand stress better. The roots of Yoga are in ancient India; its universal origin is the burning desire in the heart of the philosophers – the yearning to be happy and free of suffering.

Scientific Studies on Yoga and its acceptance in modern world

Yoga: A solution for lifestyle disease

Yoga has successfully emerged as a way to manage personality, physical and mental health of individuals. It has proved a way to improve attention and cognitive abilities as well as reduce intoxication habits and depression. It has emerged as an alternative way in corporate culture to heal one’s body as it takes lesser time than other physical and mental exercises. It is the science of activating inner energies and blossoming of human potential to its fullness. It is Health Insurance at zero budget and a passport to health assurance. Yoga is a powerful antidote to the stresses of modern daily life. It sutures the wounds of life.  Adoption of yoga in lifestyle can effectively cure many disease and help a personality to build up. It can help India to achieve SDG 3 i.e Health and Well Being. Inclusion of yoga in National Health Policy and special focus of government through initiatives like AYUSH by setting up a dedicated ministry for it has signified its importance for India. Yoga has been widely accepted all over the world as an alternative way of Health management. This can be reflected by the fact that UNO declared June 21st as International Day of Yoga (IDY) and celebration of this IDY has become a global phenomenon. Efforts by government of India to promote Yoga support its popularity factor.

Alternative System of medicines in India 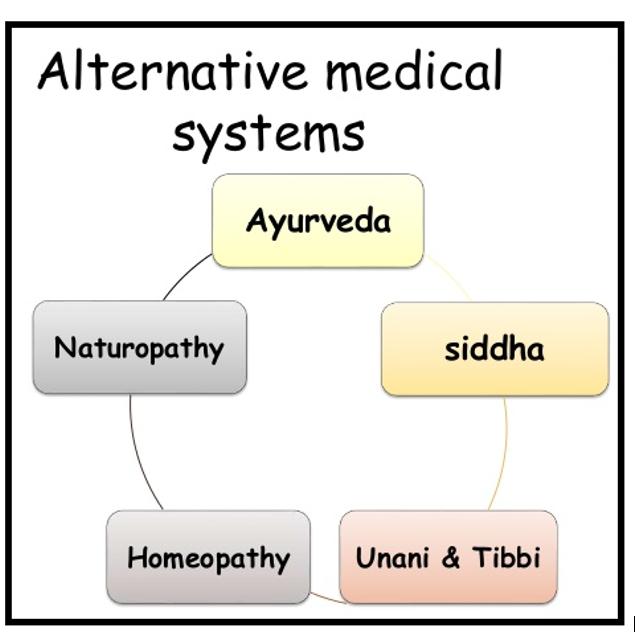 India and Alternative System of Medicine

There are currently three broad classification of alternative medicine system being practiced in India. They are :

Different types of Alternative system of medicines in India

Unani System Of Medicine: The Science Of Health And Healing

Naturopathy: The Science Of Health And Wellness

Promotion of alternative system of medicine in India has not only made the world aware about rich Indian cultural heritage but also opened new ways to ancient medicine system of Ayurveda, Siddha, Sowa-Ripa, Homeopathy and Unani system to reach the global audience. It will further aid India to consolidate as medical tourism hub and emerge as the world’s leader in this field. Cheap medication and treatment will further attract more medical tourists from under developed and developing countries. As a whole India, in future can aid the world to achieve Sustainable Development Goal of “Good Health and Well Being” (SDG 3).