…..India's story of seven and a half decade

Bharat, that is India, now moves another milestone to celebrate its 75th year of independence. It is also a milestone to reflect back on as to what all we achieved in these 75 years, and what more we need to achieve. Finally, we need to articulate our vision, firm up a goal and get people, policies and institutions aligned to the future vision. India has moved fast forward on all fronts, but due to lack of holistic approach, the success of one side is decimated by the ignorance of the other side.

India has several achievements to its credit. It has built a modern economy (second fastest growing economy), remained a democracy, lifted millions out of poverty, has become a space and nuclear power and developed a robust foreign policy.India took baby steps to become one of the largest democracies in the world, overcoming a plethora of challenges to earn global recognition. India has come a long way since Independence, leaving behind a string of landmarks that define its journey from the agony of Partition to a strong, powerful and developing nation. 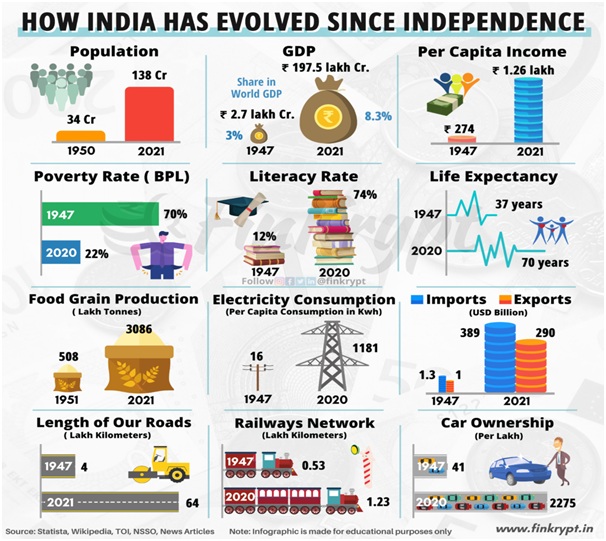 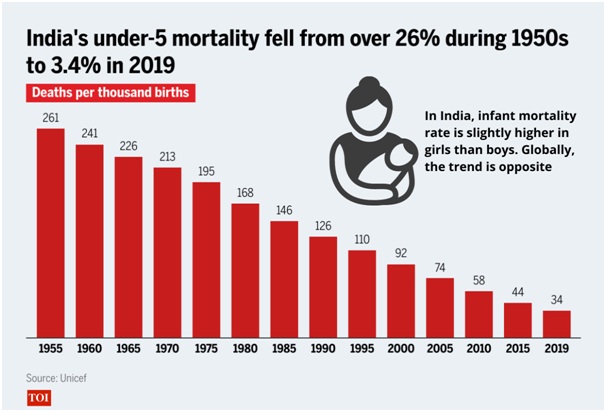 In its 75 years of independence, India has several achievements to its credit. It has built a modern economy (second fastest growing economy), remained a democracy, lifted millions out of poverty, has become a space and nuclear power and developed a robust foreign policy.In our pursuit to reconnect with our innate self, no other country in the world has done research greater than India. In a world fast breeding crime hatred, terrorism, restlessness, India is the peaceful future. But unfortunately our own GenX is turning away from it. Therefore, to be prepared for future we need to regularly consult our past. We should develop confidence through school syllabus, familial values, social media, etc .For example Yoga in school curriculum, World Culture Festival in Delhi, etc are cases in point. It also holds key to solving home-grown problems of Naxalism, terrorism, communalism, through peaceful means that would be sustainable and forge national unity.

The Emergence of Middle-Class