The long-standing demand for such a quota:

Constitutional provisions of the Act:

Who will be eligible for quota:

Arguments in favour of the act:

Issues with the Parliamentary proceeding related to amendment of law:

Arguments against the Act:

Parliament has a central role to secure the interest of citizens. It is the primary body of accountability that translates the wishes and aspirations of citizens into appropriate laws and policies.

Indian parliament should avoid hastily passing of laws and can take cues from three important ways in which the British Parliament.

Recently 103rd Constitutional Amendment Act was passed by the parliament. Analyse the significance of the new law in current scenario. 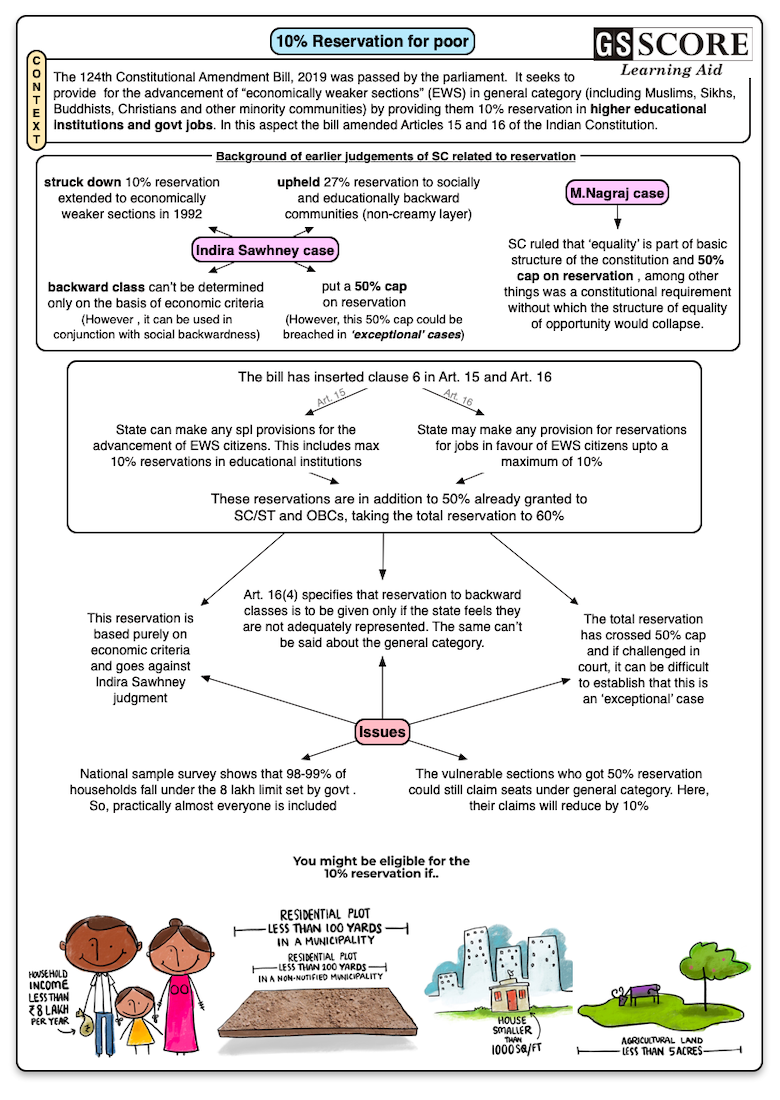