Ahead on Malaria: on reduction in cases in India

In its recently released World Malaria Report 2018, the World Health Organisation (WHO) has reported a sharp decline in the number of malaria cases in India.

Five types of Plasmodium parasite can infect humans. These occur in different parts of the world. Some cause a more severe type of malaria than others. Once an infected mosquito bites a human, the parasites multiply in the host's liver before infecting and destroying red blood cells.

In line with the WHO Global Technical Strategy for Malaria 2016–2030 (GTS) and the Asia Pacific Leaders Malaria Alliance Malaria Elimination Roadmap, it aims to:

Odisha success story: The WHO report stated that India registered a 24 per cent reduction in cases largely due to substantial declines of the disease in the highly malarious state of Odisha, home to approximately 40 per cent of all malaria cases in the country.

As per World Malaria Report 2018, India has witnessed a sharp decline in the number of malaria cases. In this context, critically discuss India’s strategy to eliminate malaria by 2030. 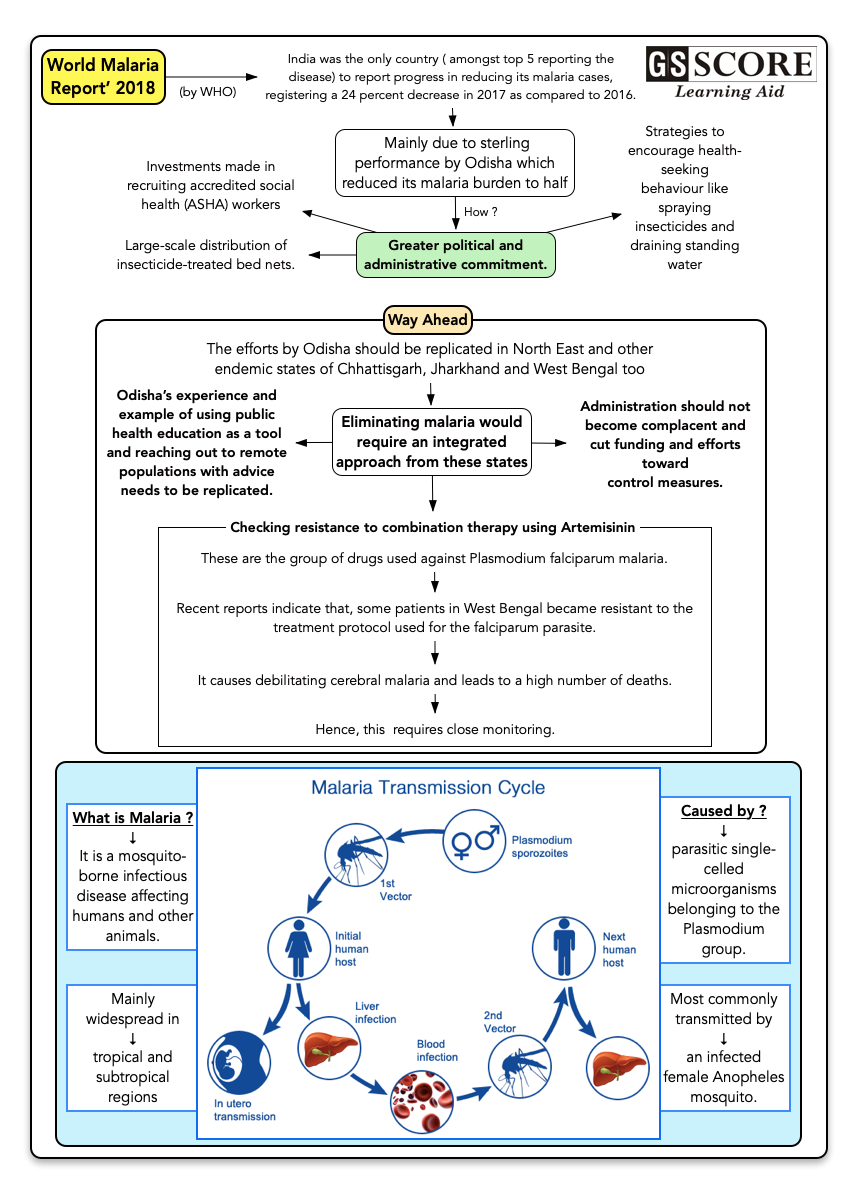