Who is considered as defected?

The law also made a few exceptions:

Does the law impinge on the right of free speech of the legislators?

What constitutes “voluntarily” resigning from a party?

Can the decision of the presiding officer be challenged in the courts?

Should the law be valid for all votes or only for those that determine the stability of the government (such as the confidence and no-confidence motions)?

Should the law apply only to pre-poll alliances?

Should the judgment be made by the presiding officers?

Should there be any additional penalties on defectors?

Arguments in favour of Anti-Defection:

The law succeeded in checking the regular phenomenon of unstable governments and horse-trading due to floor crossing by legislators. However, the law has many ambiguities and questions have raised time and again on the law. Recommendations of Election commission, Law commission, Dinesh Goswami committee should be discussed and applied by the political parties. 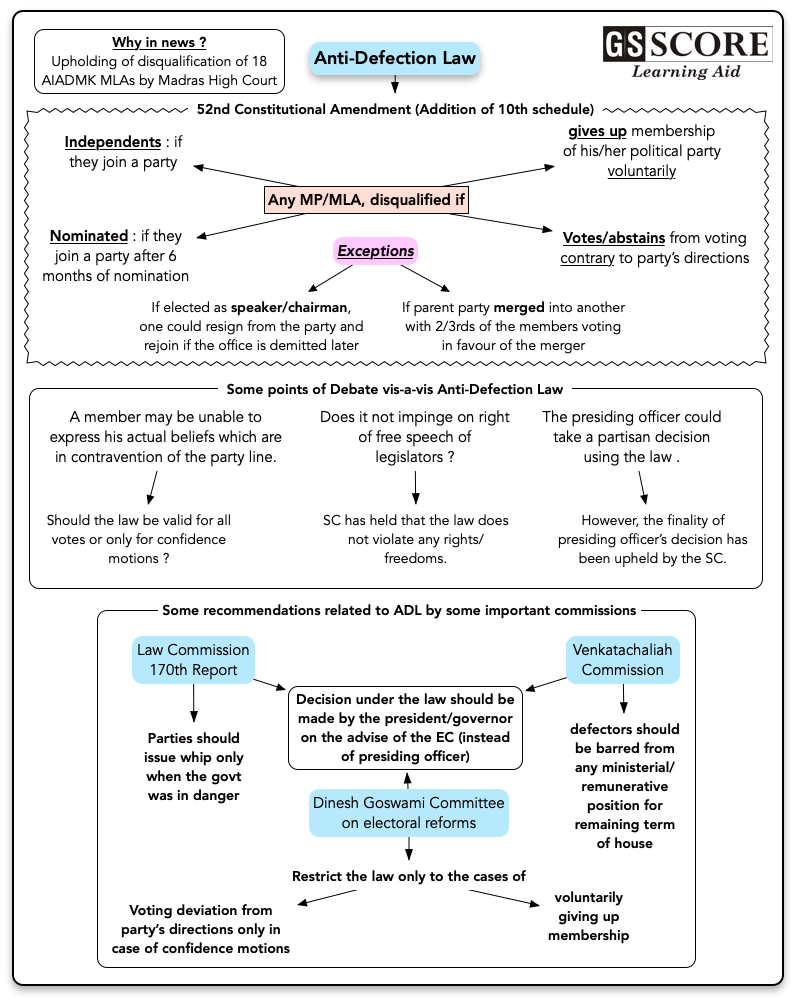 1. The Anti-Defection law succeeded in checking the regular phenomenon of unstable governments and horse-trading due to floor crossing by legislators. However, it played a huge role in encouraging the centralisation of India’s political parties. Discuss.

3. It is said that “Anti defection law impinges on the right of free speech and choice of legislator”. Critically analyse. Also, discuss the observation made by Supreme Court on this issue.

4. Discuss the recommendations made by Election Commission, Law commission and Dinesh Goswami committee regarding the Anti-Defection Law. Also discuss few of the important Supreme Court interpretation given regarding this law.