Ministry of AYUSH is taking various initiatives in promotion and integration of Indian AYUSH (Ayurveda, Yoga and Naturopathy,Unani, Siddha and Homoeopathy) System with modern system to increase their acceptability as scientific and reliable alternative system of medicine.

Current scenario of health in India

Impact of AYUSH on Society

Integration of medicines: A real solution?

Ethical perspective in mainstreaming of AYUSH

While integrating AYUSH and modern healthcare system in India, some of the important measures that need to be considered are:

Do you think that integration of Indian AYUSH System with modern medicine system is a viable solution? Support your answer with illustrations. 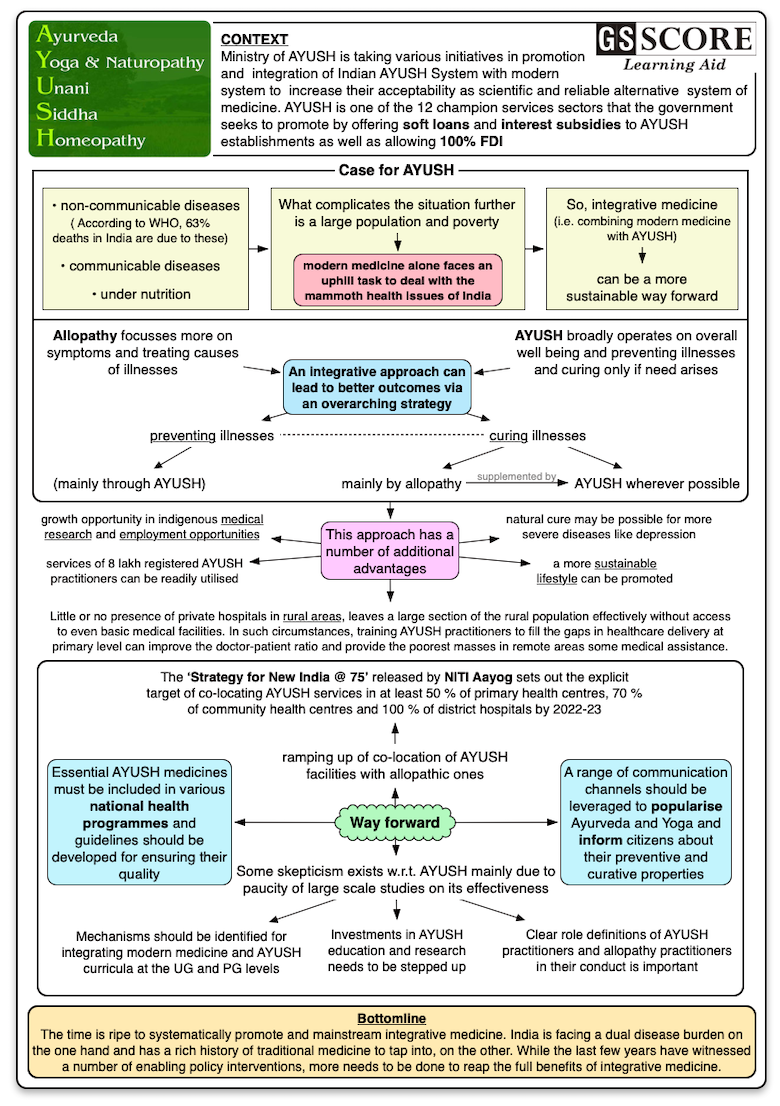