Commitment to the development of the Blue Economy has been expressed by a mention in the budget speech. This has laid the foundation and will provide the initial traction to create the space for implementation of the strategy.

Scopes of growth and development

Meaning of the term “Blue Economy”

Blue economy' is the integration of ocean economy development with values of social inclusion and environmental sustainability, along with dynamic and innovative business models.

For India, however, blue economy extends beyond being merely an economic and environmental proposition. It presents India with an unprecedented opportunity to meet its national objectives, strengthen connectivity with neighbours, and exert influence in the surrounding regions.

Introduction on oceans and Blue Economy

Key initiatives under Sagarmala are

Advantage of coastal shipping in India

Lessons from Other Countries growing via Blue Economy 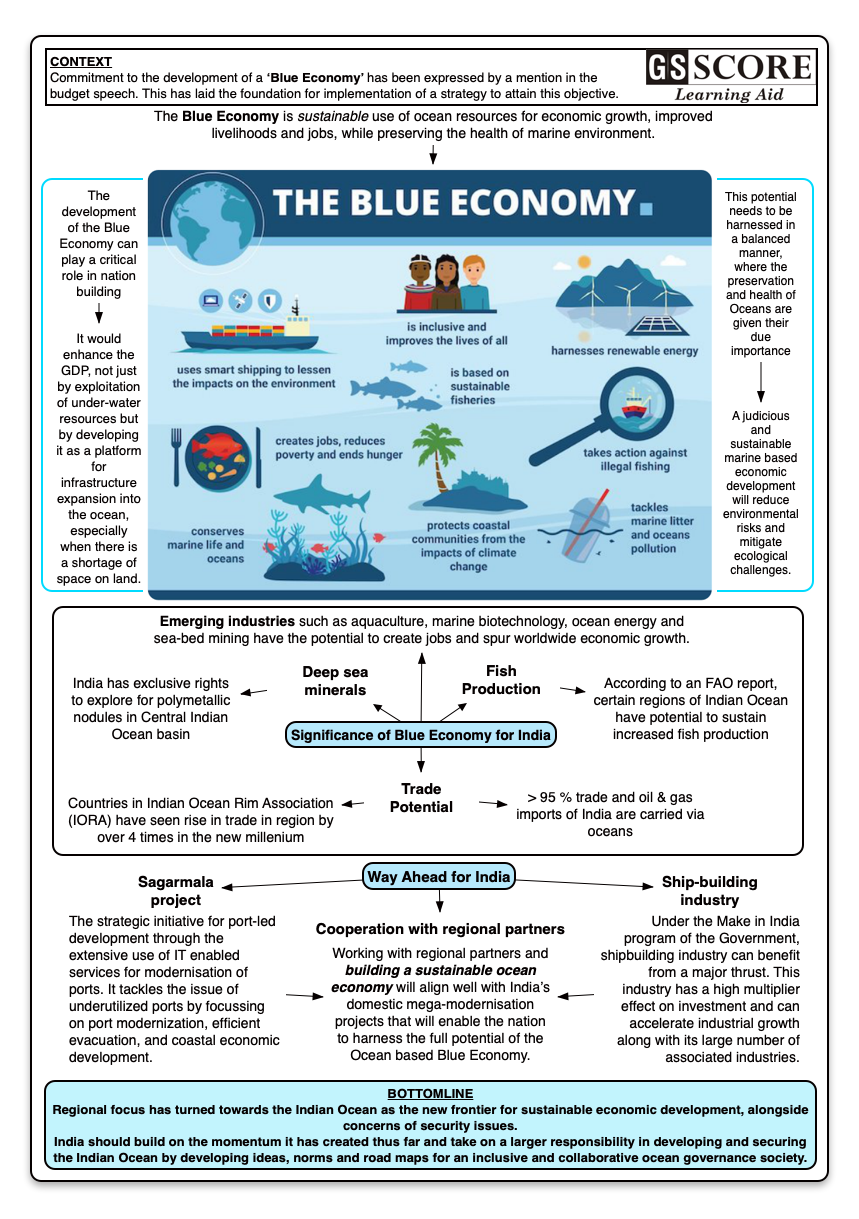