Deforestation last year rose to the highest level since 2015 in Brazil’s Cerrado, prompting scientists to raise alarm over the state of the world’s most species-rich savanna and a major carbon sink that helps to stave off climate change.

What are the consequences of deforestation?

What is Brazil’s Cerrado? 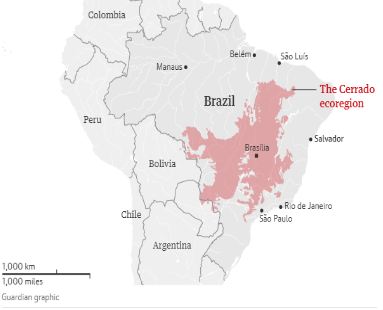 How is the region’s landscape changing?

ConclusionDeforestation to make way for economic development is a trade-off that the world cannot afford in the wake of the current climate crisis. Forest conservation needs to be prioritised above short-term economic gains from diamond mines, development projects and tiger safaris.