Caste Census in the times of changing social equations

The 2021 Census of India, the 16th Indian Census, will be taken in 2021. But the growing demands for a caste census from various sections of society have once again surfaced the issue like its immediate need and long-term repercussions. 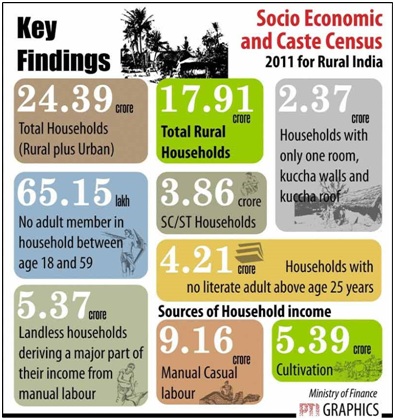 Why do we need a census to be done?

Arguments against the Caste Census:

Positive outcomes of the caste census

The most important thing is improving existing databases is more crucial to this than getting into the debate of whether to do a caste count or not. Accurate and timely data is central to India’s effort to tackle poverty. Poor data diminishes the efforts to design welfare programmes.

The National Commission for Backward Classes (NCBC) among many has sought caste census for Other Backward Classes (OBCs). It’s the right time that the Central government consider the benefits, welfare and all-around upliftment of the SEBC and OBC categories of population after collection of scientific databases through General Census 2021.