Chandigarh, first in the race to assess the carbon footprint of individuals

Chandigarh became the first state or Union Territory in India to launch Carbon Watch, a mobile application to assess the carbon footprint of an individual.

What is Carbon Watch?

How will it work? 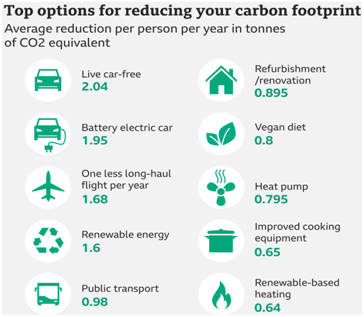 To decrease the carbon footprints, India needs to remain on track and for this, it needs consistent ‘challengers’ whether in the form of an empowered and aware population or through a grassroots movement that informs the national policy while demanding sustainable and healthy growth for the country.