Recently, China’s legislature has adopted a new border law that calls on the state and military to safeguard territory and “combat any acts” that undermine China’s territorial claims.

What is in the new law?

This is the first time, China has enacted a national law on the “protection and exploitation" of the country’s land border areas.

Aim (as claimed by China): To better maintain national security and manage border-related matters at the legal level amid regional tensions.

What are the concerns?

Why is it significant for India? 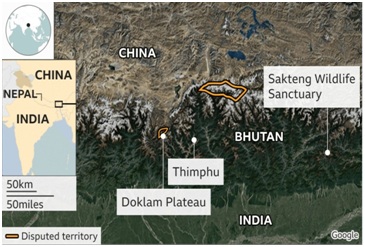 Though the new law is not meant specifically for the border with India, this could create hurdles in the resolution of the 17-month-long military standoff at LAC.

5G Technology launched in its full pace in India

Mushrooming Community Reserves in North-East and the ‘concern’