Significance of a Gas based economy

The GoI has adopted a systematic approach to focus on all aspects of the gas sector:

Some important specific initiatives taken to enhance the domestic natural gas production, expand the gas pipelines and secondary infrastructure and develop the gas consuming markets are as under: 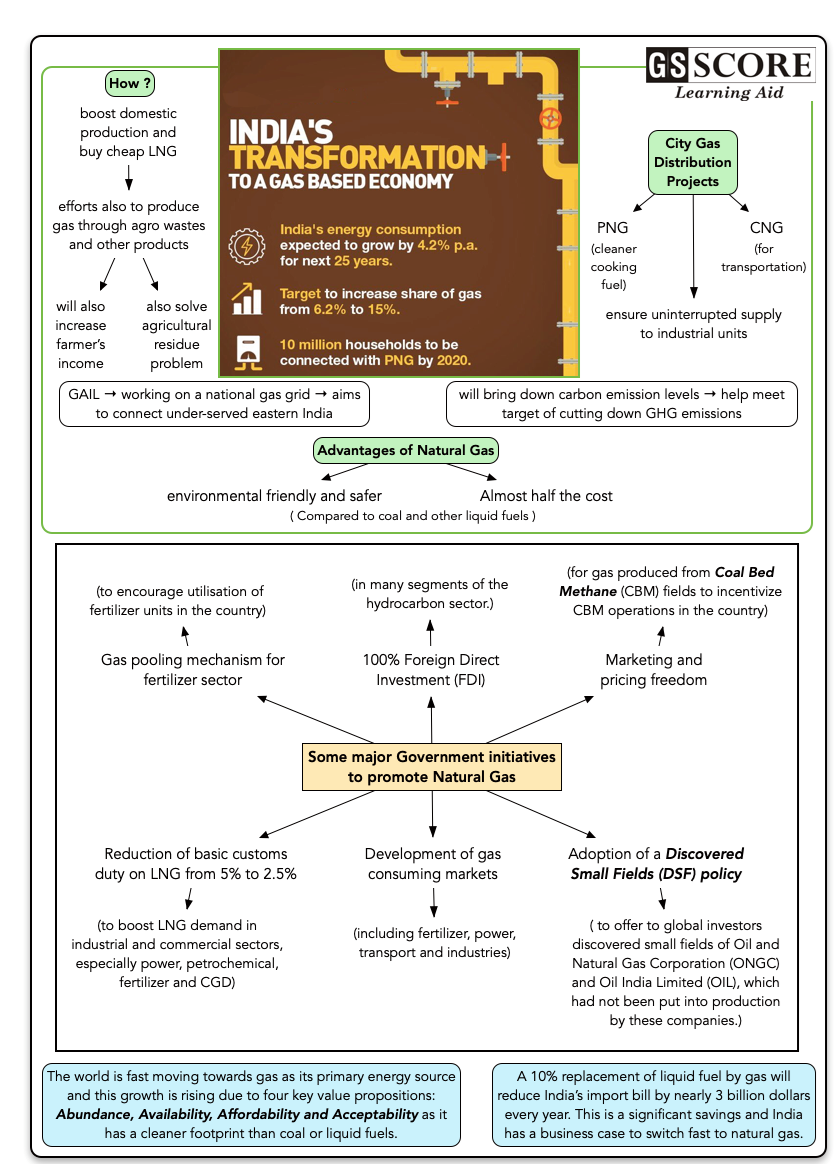