Union Cabinet approved the introduction of the Surrogacy (Regulation) Bill, 2019 that prohibits commercial surrogacy and allows surrogacy services only for married Indian couples who have no children.

Why ban of Commercial Surrogacy in India?

Pros of the bill

Concerns with the bill 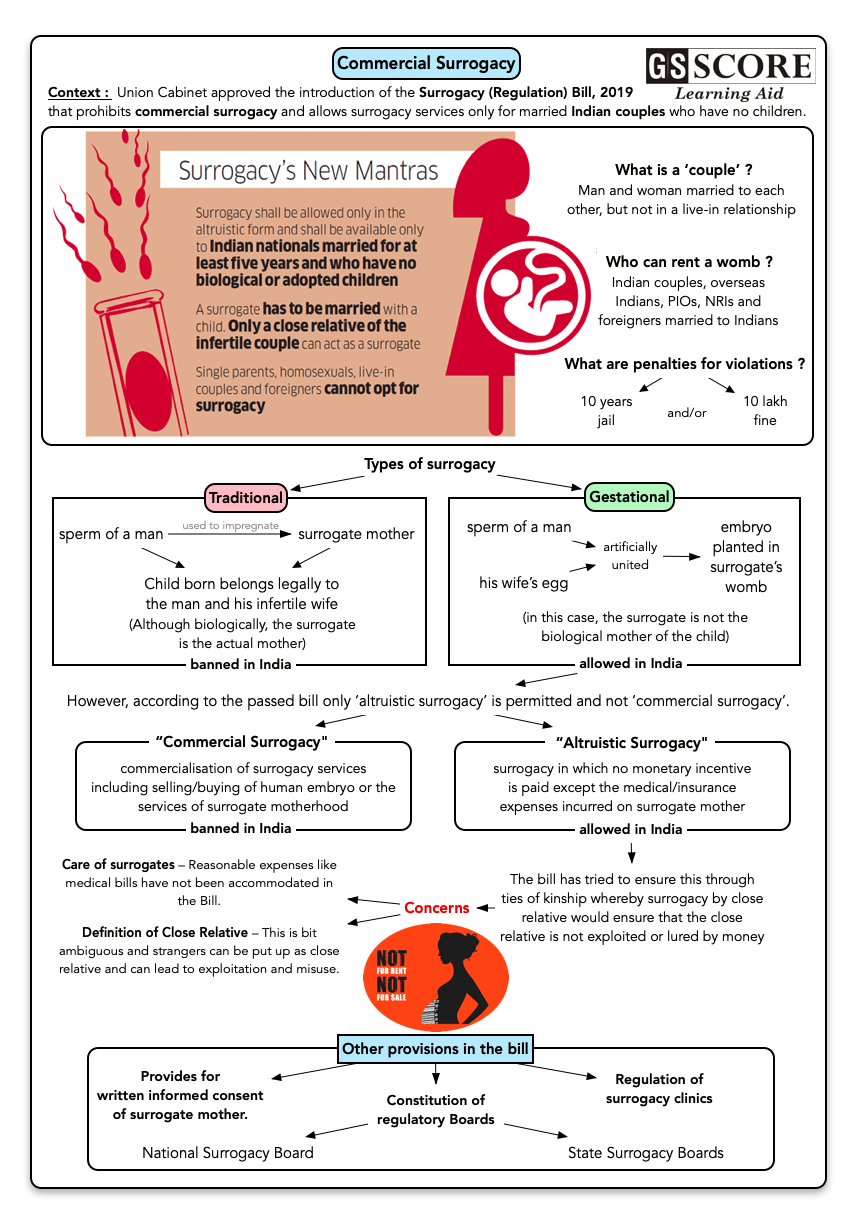