In an effort to aid investigation agencies in their probes against bank frauds, the Central Vigilance Commission (CVC) has shared its analysis report on the top 100 banking frauds in the country with the Reserve Bank of India (RBI), the Enforcement Directorate (ED) and the Central Bureau of Investigation (CBI).

The study was initiated as a preventive vigilance measure to minimise the occurrence of such type of frauds in future.

Key findings from the analysis: 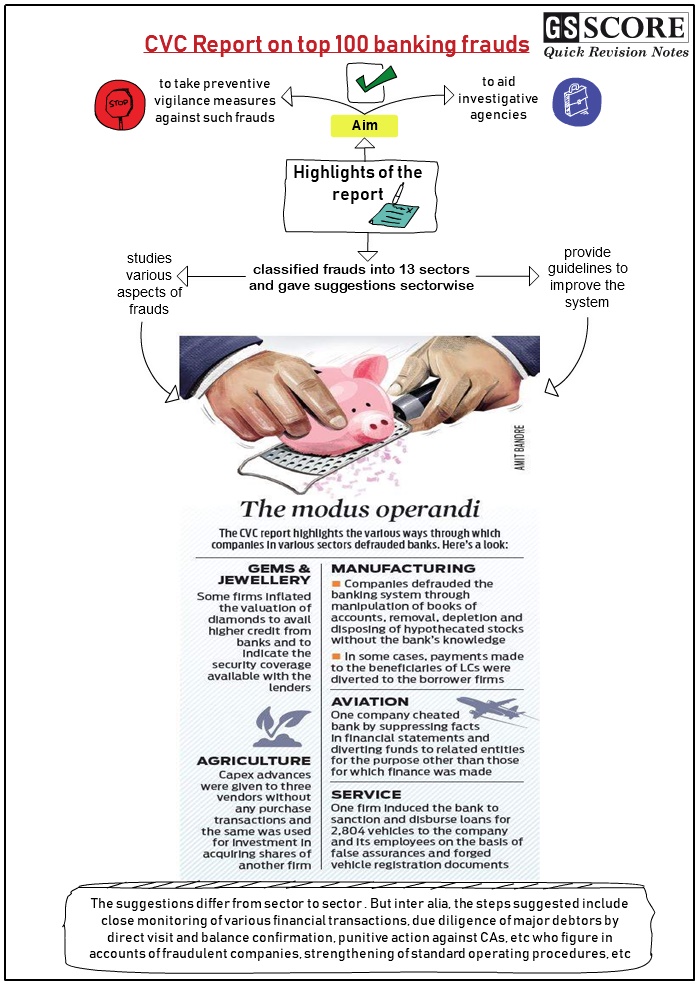 1. Recently, CVC (Central Vigilance Commission) shared report on top 100 bank frauds with RBI, ED and CBI. In your opinion what are the reasons for increasing number of bank fraud cases in India? Also, suggest some measures to curb them.