Is there a defined clean pathway?

Past activities and future modalities:

Without the installation of charging stations, consumers will not be confident while investing in an electric vehicle. With reference to Delhi government’s Draft Electric Vehicle Policy, make a case for future of electric vehicles in India. 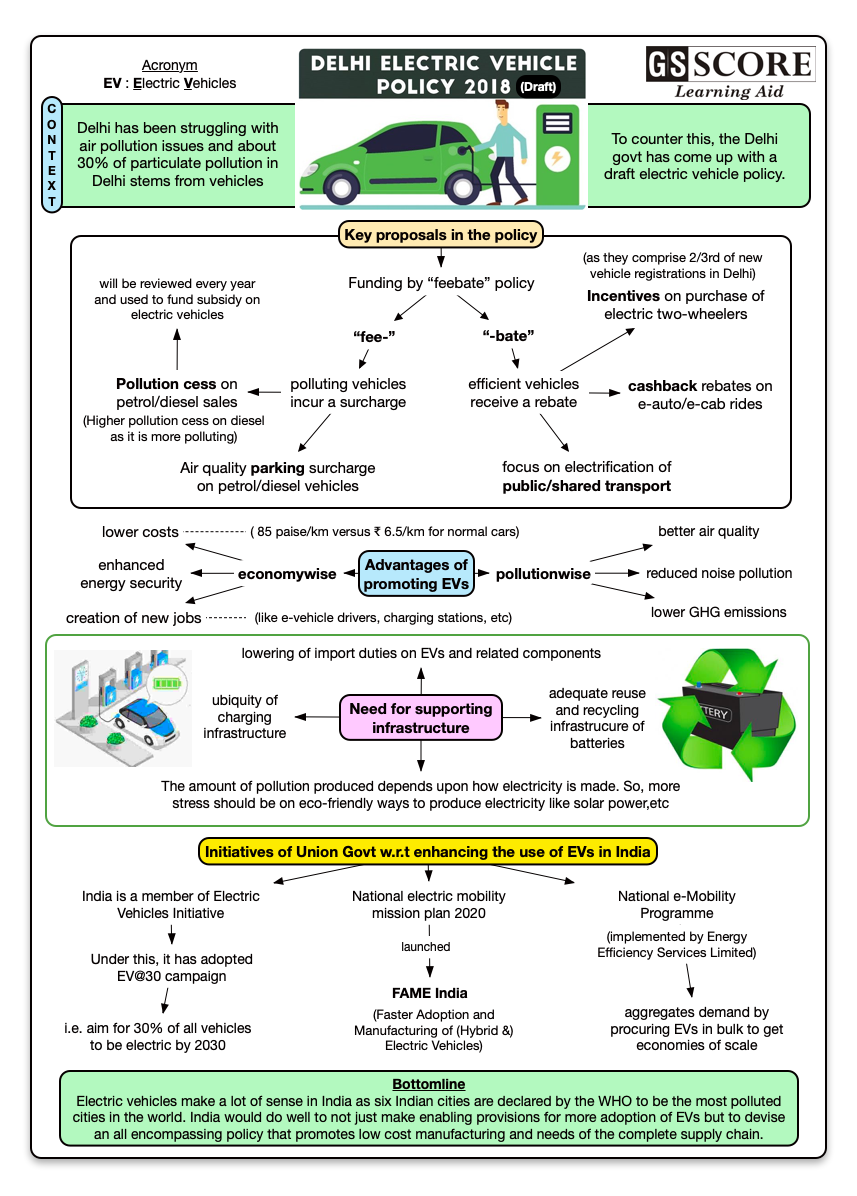