Mitigation strategies to save Indian rivers

Causes of overexploitation and pollution of ground water resources

Overall, recent recommendations by Mihir Shah Committee on restructuring central water commission and central ground water board will help to mitigate problems of surface and ground water respectively. Report has envisaged clubbing both existing boards into one as National Water Commission, for effective management of water resources in the country. 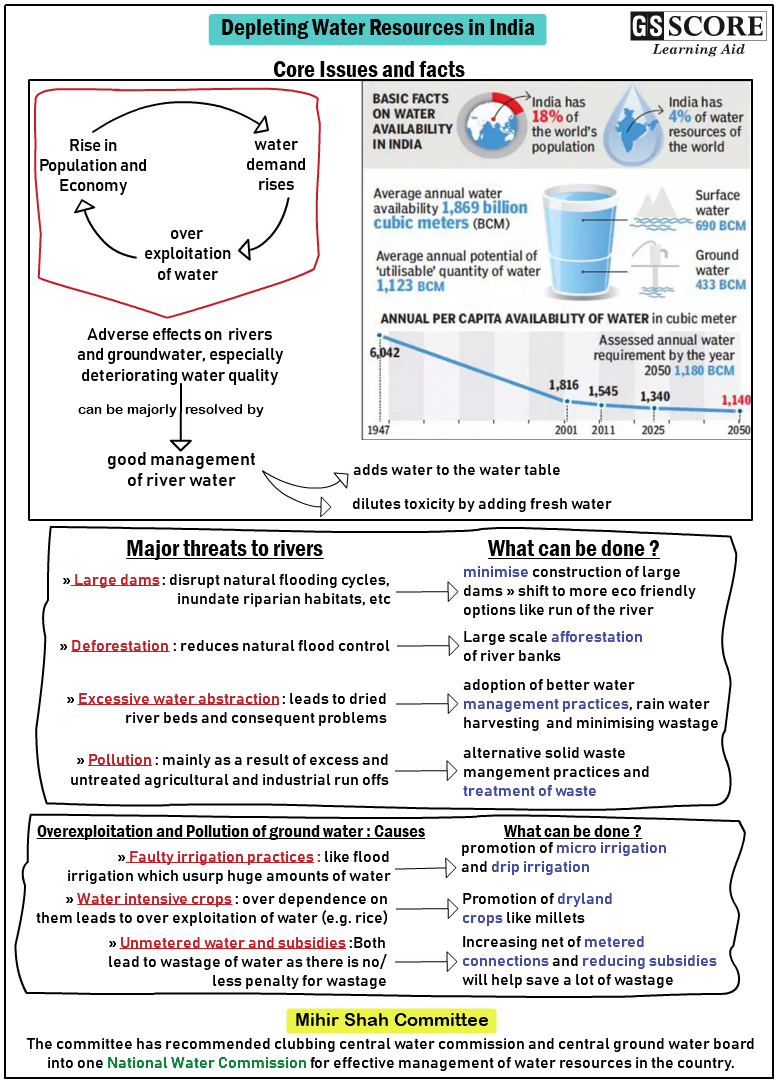