A series of earthquakes has hit Assam and major parts of the Northeast, causing extensive damage to the infrastructure.

A series of earthquakes has hit Assam and major parts of the Northeast, causing extensive damage to the infrastructure.

What is a fault?

How is a fault created? 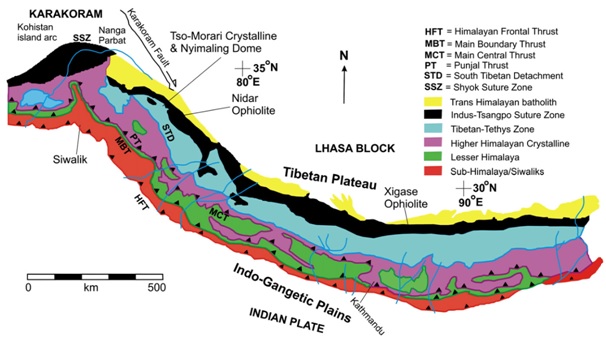 What is seismic gap?

Due to high population density, urbanization, deforestation and unprecedented growth of poor construction in the Himalayan foothills and Indo-Gangetic plains, scientists are of the view that even the occurrence of a single major earthquake will be disastrous for the region. Occurrence of a great magnitude earthquake any-where along the Himalayan arc can claim lives of up to 1 million people. Hence it is desirable to stress on the need of earthquake preparedness and enforcement of good construction practices. Seismological and GPS networks in the Himalaya should be installed other than the continuing efforts to understand the earthquake occurrence processes through, it is important that early earthquake warning systems be installed which may mitigate the risk in high population density regions in the Indo-Gangetic plains, ad-joining the Himalayan arc.