Reason for this reversal:

Elaboration of Schemes/Programmes in the “Food and agriculture” sector:

Implementation of the National Food Security Act, 2013 (NFSA): NFSA is benefiting 80.72 crore persons in the country by providing them access to highly subsidized food grains at Rs.1/2/3 per kg for coarse grains/wheat/rice respectively.

The importance of Fossil fuels: 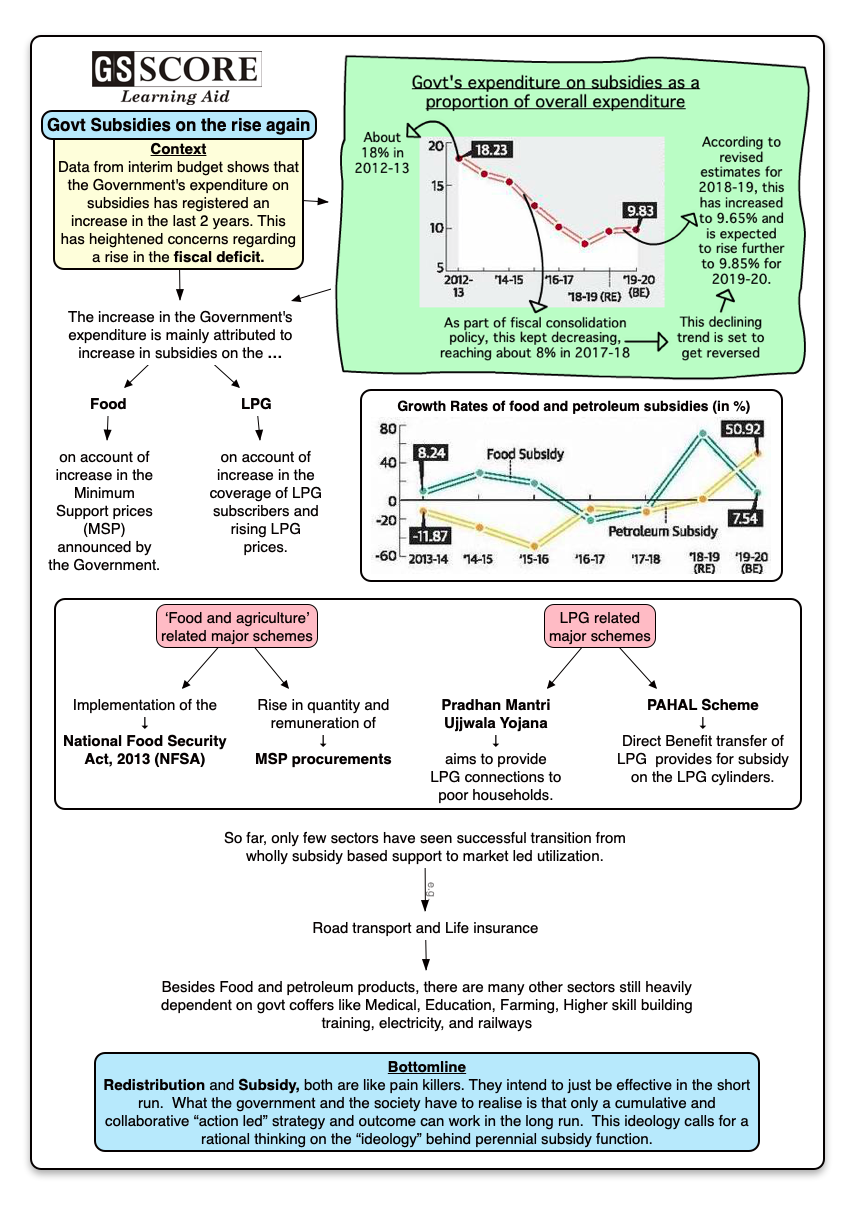 Redistribution and Subsidy, both are like pain killers. They intend to be effective only for the short run. In your view, how far the government can go in enhancing subsidy bill? What impact does it create on the national economic governance?

No space for protest movement in political science

To include wetland conservation in upcoming biodiversity, climate change negotiations