France backed India getting a permanent seat in the UN Security Council as the two countries expressed their resolve towards freedom of navigation in the Indo-Pacific and said they were committed towards multilateralism.

Need for a stronger friendship

Prime Minister NarendraModi held wide-ranging talks with French President Emmanuel Macron on his visit to France, during which the two leaders discussed issues of bilateral and mutual interests to further boost the comprehensive strategic partnership. In a joint statement issued after talks –

France opens the pathway for deeper engagement with Europe on global issues. Since independence, India has experimented with different institutions — including the NAM and BRICS — to shape global norms. The new partnerships with France, Germany and other like-minded countries like Japan would hopefully turn out to be far more consequential for India’s influence on the global stage.

Question – India has a new ally in France. Examine the statement in the light of recent India-Franc bilateral summit. 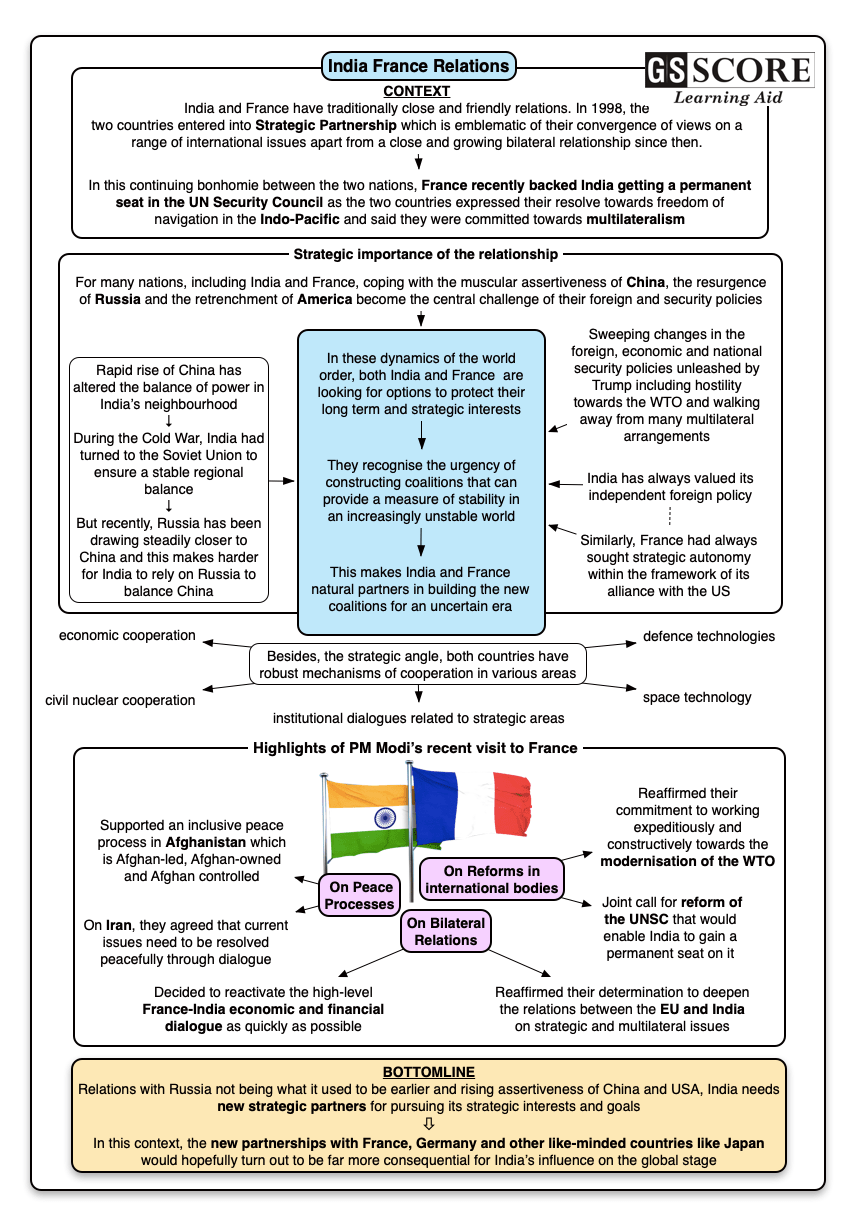