Highlights of the joint statement released

Areas of Cooperation between Maldives and India:

India accords the highest importance to its relations with Maldives and wishes to see a democratic, stable, prosperous and peaceful Maldives. Recent changes have provided an opening for both sides to recalibrate ties.

Practice Question:
For stronger India-Maldives ties, common priorities need to be re-worked. What are the common priorities for India and Maldives in Indian Ocean Region? Discuss measures taken by India to curb perils of China's debt trap diplomacy in Maldives. 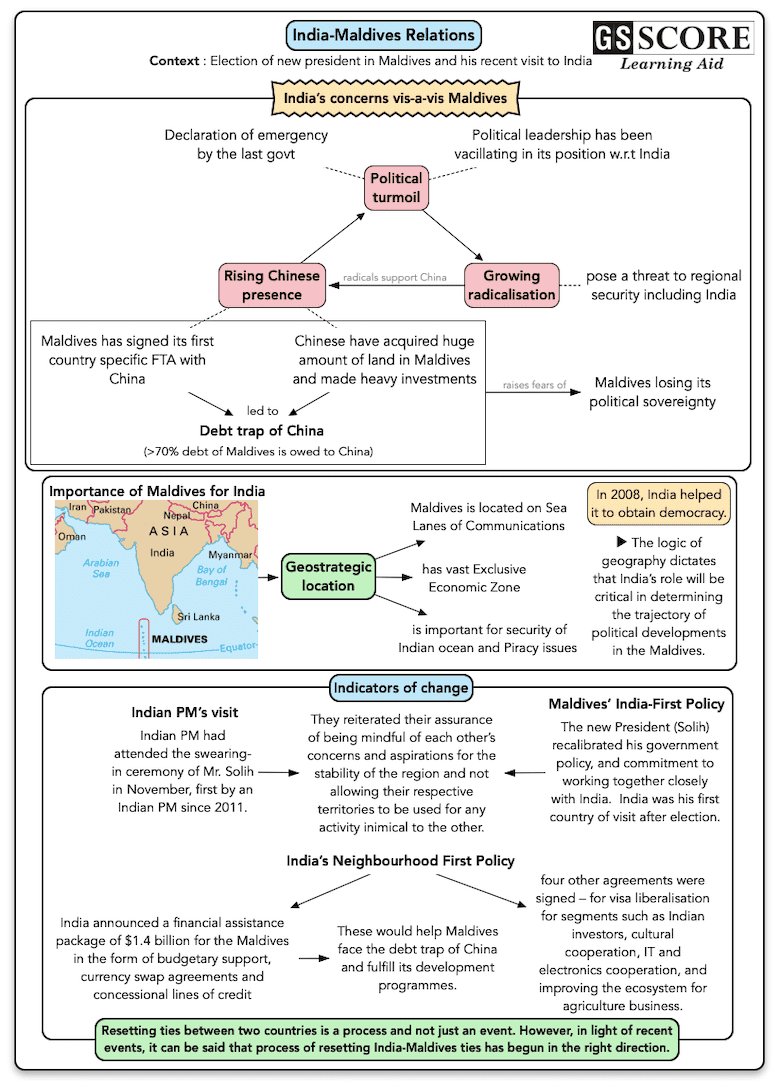