The annual Employment–Unemployment Survey (EUS) of households by Labour Bureau found that there was an absolute decline in employment during the period 2013–14 to 2015–16, except a marginal improvement in 2010-12.

Major highlights of the Survey:

Despite being one of the fastest growing economies in the world, India is facing serious job crisis. Explain the reasons behind this. Also elaborate the measures taken by the government. 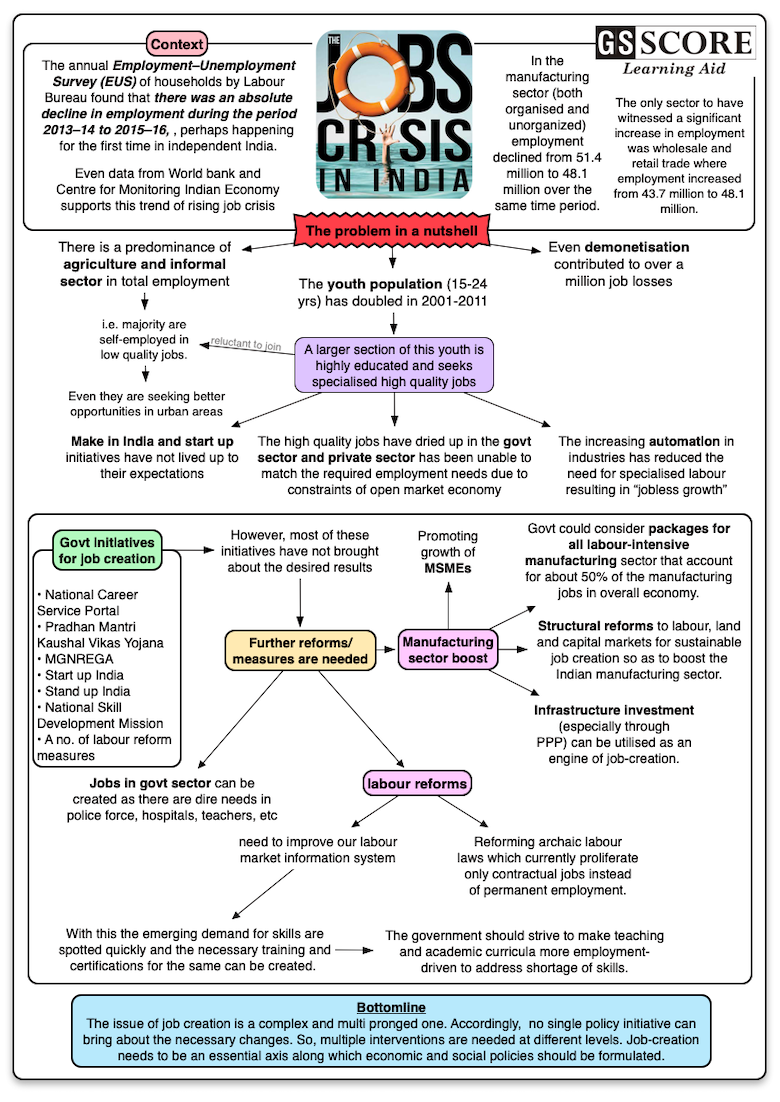