Recently, a survey was conducted to study the effects of amendment to the Maternity Benefit Act on women’s employment and on representation of female workforce in India.

Criticism of the Act

Recent reforms introduced by the Government 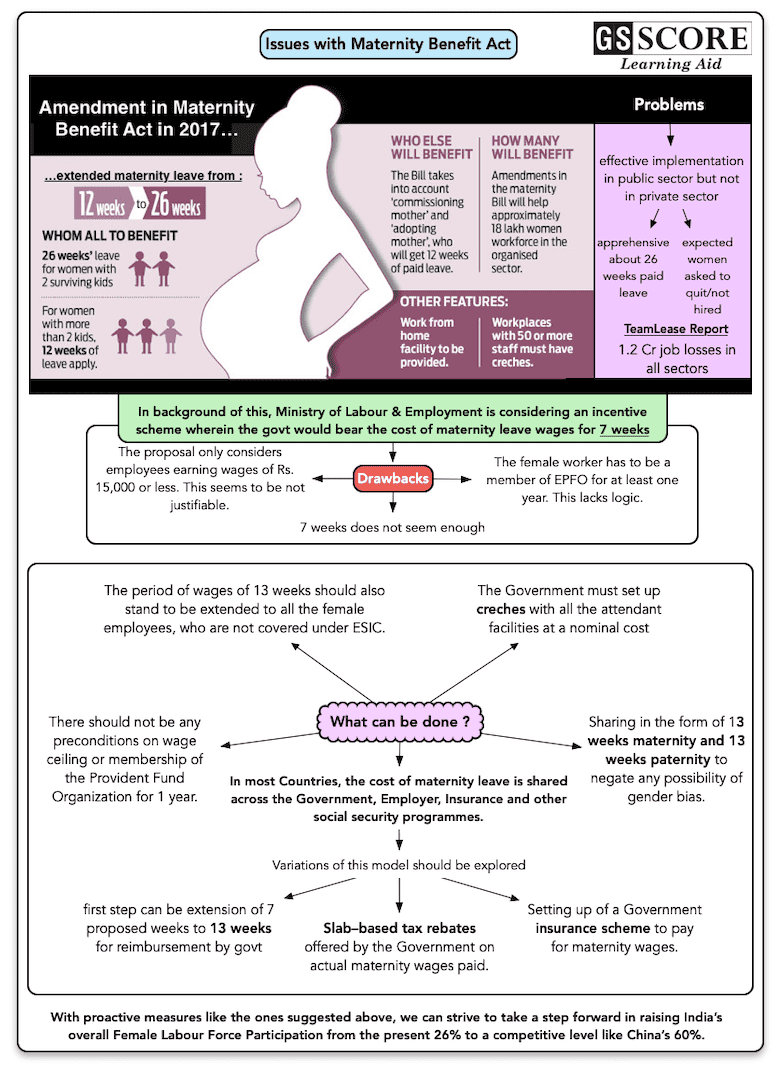